The Wicked & The Divine #2 by Kieron Gillen & Jamie McKelvie 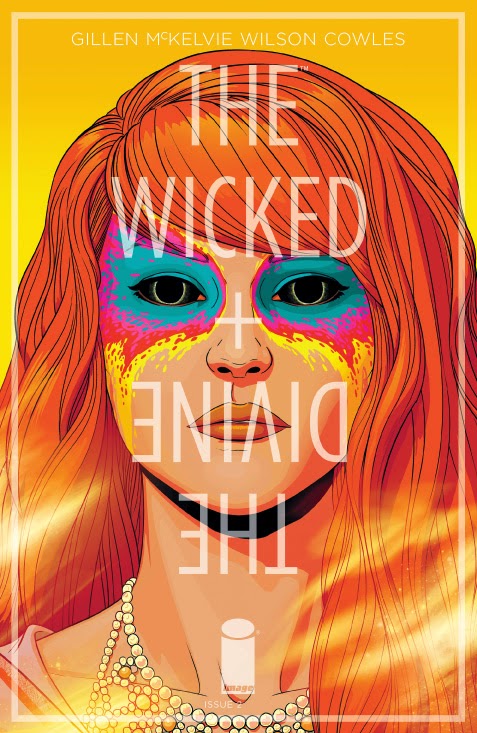 I didn't really like the first issue. We know this. Loved the variant cover of issue 1 but when I read it I was too reminded of the duo's earlier work Phonogram. I don't like the idea of gods being pop stars or pop stars being gods. (or rock stars, or punkers or any sort of musical entertainer & musician). Now I'm a little biased against the idea because I was spent so much time creating music and playing in bands, producing music that I know the bitter truth.

There's no doubt that McKelvie is a talented artist. He's precise and his artwork is refined. His coloring bold and uninhibited.. BUT IT CAN'T SAVE ME! I want to like this comic, I just don't. Not to mention how the main character is absorbed with these gods/musicians and in love with their evil side. I understand that being within the music industry draws you to the darker walks of life, but I never thought that was a good thing! The main character here glorifies the whole uninhibited, and callous behavior of these musical idols.

So far the only point of interest to me is the mystery of who really did blow up that judges head in the first issue. Luci (Lucifer) was taken into custody as being responsible but she swears it wasn't her. Beyond that I suppose I was happy that someone referenced Buffy the Vampire Slayer. I think this may be the last issue I buy of this series.
Posted by The Frog Queen at 5:02 AM