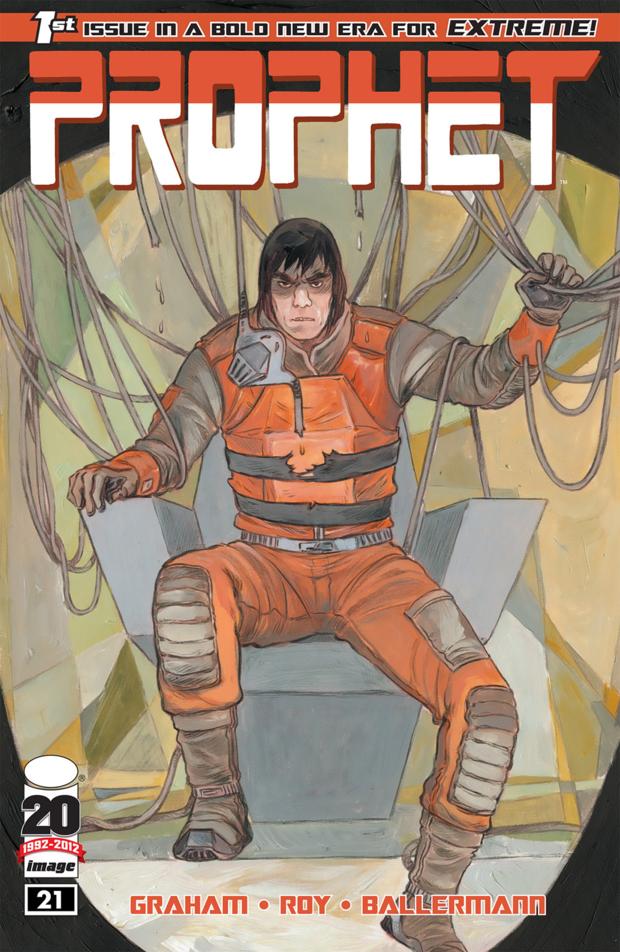 Oh Brandon Graham, even when your writing a story and not drawing it yourself, you've still gotta include VAGINA MONSTERS. So this is the first issue of Prophet I've ever read. I got issues 21-27 from my friend Matthew and I should have started reading them a while ago but I got lost in several other books... as you can tell.

The art? Well, it's not really the type of thing I fall in love with, clearly...but it's not bad. You can totally tell it's Brandon Graham writing it since he likes to make careful lists of things and have the artist point it all out.. plus this is a post-apocalyptic story. It's completely in colour which is nice, I actually really like the colouring done by Richard Ballerman.

This issue starts with John Prophet waking up from cryogenic sleep to an Earth unlike anything he's use to. It's full of mutated animals who've formed new species by bonding with a symbiotic life form that is yet to be explained. John has a mission and has to find a message from someone he doesn't know. That's the vagina monster. The alien ends up removing an organ from John to propagate it's own species. Why? Hell I dunno... keep reading it lazy!
Posted by The Frog Queen at 10:55 AM