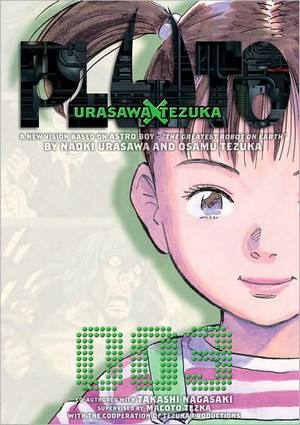 This volume focused heavily on Uran and Atom. Additionally, we find more out about GEistch`s mysterious missing memory. A new character is introduced while mourning his dead criminal sibling. His brother, it seems was shot by a policeman, a specific policebot with a special weapon that Geistch just so happens to have built into him. Our new character becomes a member of an underground fascist group of human who believe all robots should be killed. A futuristic KKK, they even look like the KKK. It`s members are disgruntled former factory workers impoverished by the common practise of robots in the workplace.

I borrowed the next two volumes from the Library and super psyched to read them this weekend.