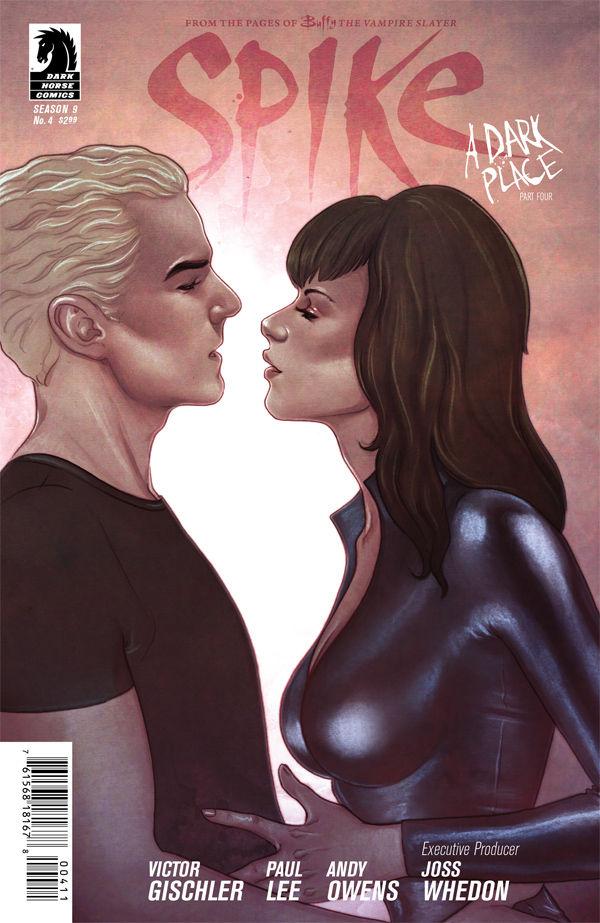 Well, I can't say I'm loving this run. It's a little silly and not full of the typical Joss Whedon jokes I've come to love over the years and that's because it's written by someone else. SIGH. He's too busy to write the scripting now. Saddness.

Now that the storyline has progressed a little more, I can tell you that Spike has met a succubus who posed a proposition: Be with me and I'll make you great, together you and I rule the world. Spike declines, he has a soul anyway and would rather fly around space with giant mechanical space bugs. SIGH. Well that's all well and good for Spike but bait for criticism for people like me. In the end, Spike follows her to Earth as she looks for jewel shards to open up a new Hellmouth on Easter Island.   SIGH SIGH. I'm thinking, Jewel Shard?!??! INUYASHA??

Well, at least I get to look at quasi artistic drawings of Spike right? The artwork leaves a lot to be desired and I don't think they should ever draw Spike in clothes ever again. That being said, that'll never happen.
Posted by The Frog Queen at 4:23 AM