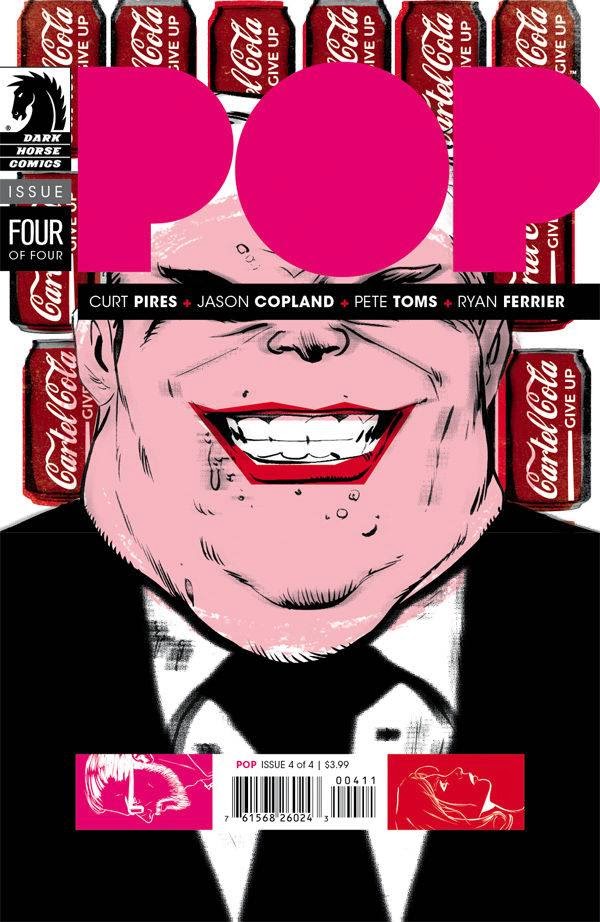 POP is over and I'm kind of sad. Issue four hit the stands on Wednesday and that the end. A fitting end for my rockstar looking hitman couple. They find the best ending in a blaze of glory. Sexy glory. Blazing sex glory! I would love to see a "where were they before POP" mini series which focused only on my favorite hitmen. Can that happen?! Oh please? It can only happen if Copland is the illustrator. Some sort of awesome prequel. Yes. Gimme that.

Despite the fact that any prequel is to be determined, one thing for certain is that this won't be the last we see of Copland. Currently he is busy working away on new projects for the future. A yet to be revealed one off for Marvel and pages for Kill All Monsters soon to be released from Darkhorse. Gone for now, but not for long.

If you haven't already, please check out my interview from September with Jason Copland. We talk about the series conception and what it's like being a Canadian graphic artist. Get it right here on TheFrogQueen.

As for where POP stands after everything is all said and done. It stands out in my memory as one of my favorite mini series of the year. Which is why I'm writing about it again. The shocking part for me, is that it's not an Image mini series because those things were taking over my condo. I'll leave you with one final piece of good news, POP is going to print as a trade in March! :D Lucky ducks.