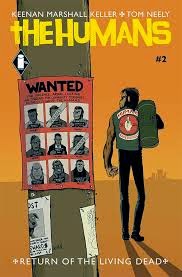 As promised at the end of the first issue, a lost member of The Humans finds his way back to them. But what did he bring back with him from the war in Vietnam? That's right I said Vietnam.

Firstly, I need to come right out and say that I love the coloring in this issue just as much as the first. Kristina Collantes has really made this book pop. The cover really caught my eyes again on the comic book shelf and with spread like this : 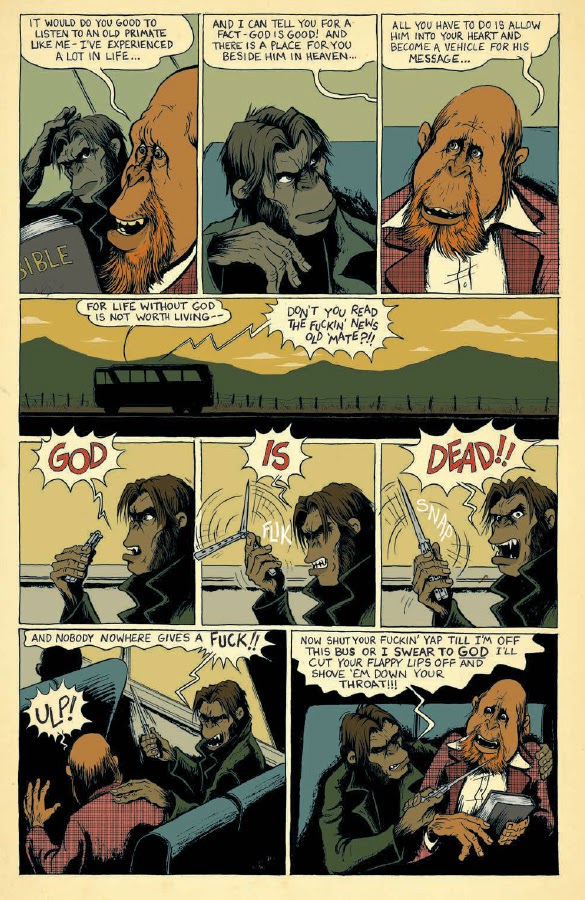