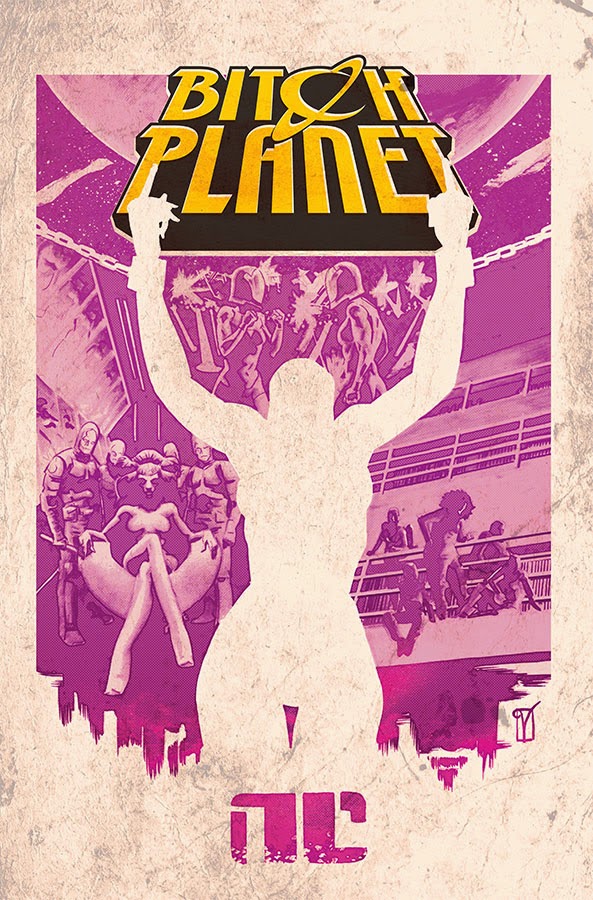 "Girl Gangs...Caged and Enraged" is the tagline to Kelly Sue DeConnicks latest Image Series Bitch Planet. This highly anticipated series hits the stands this Wednesday and ladies like me couldn't be more excited. With a real Grindhouse type feel here, DeConnick takes us to a new world, literally. A woman's penitentiary on a new planet where the rules aren't exactly fair. I'm quite pleased with this art. It has a certain Mignola quality to it that has really forced a place into my heart after the first few pages. Valentine De Landro creates sympathetic faces and imposing holograms.

DeConnik has really brought out the big gun with this one. She's developed an awesome set of characters and played a little game of misdirection. As far as first issues go, this one is the kind that makes you immediately call your local shop and add the series to your subscription box. This is what I'm always talking about that so few people can actually deliver.

Everyone knows how I prefer to escape into a horror or science fiction book rather than dwindle in less fictional stories. Yet as a female it's hard to connect with many of the characters. Sure, there are plenty of female characters in horror and science fiction but many of them are written as plot devices, or are there to allow an artist the chance to draw some voluptuous siren for the male audience to wack off too. It's not too often that you get well defined female characters. It's certainly not that often that they are in the forefront so I'm really excited about Bitch Planet. I've already set my favor to a few characters. 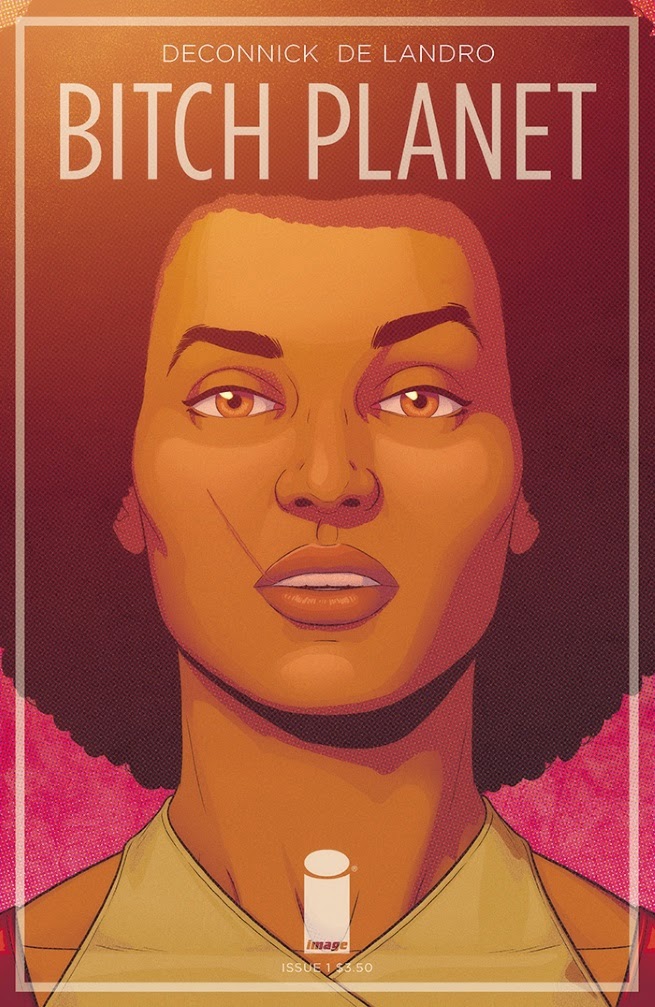 Check out the variant cover from Wicked + Divine artist Jamie McKelvie.
Posted by The Frog Queen at 4:37 AM