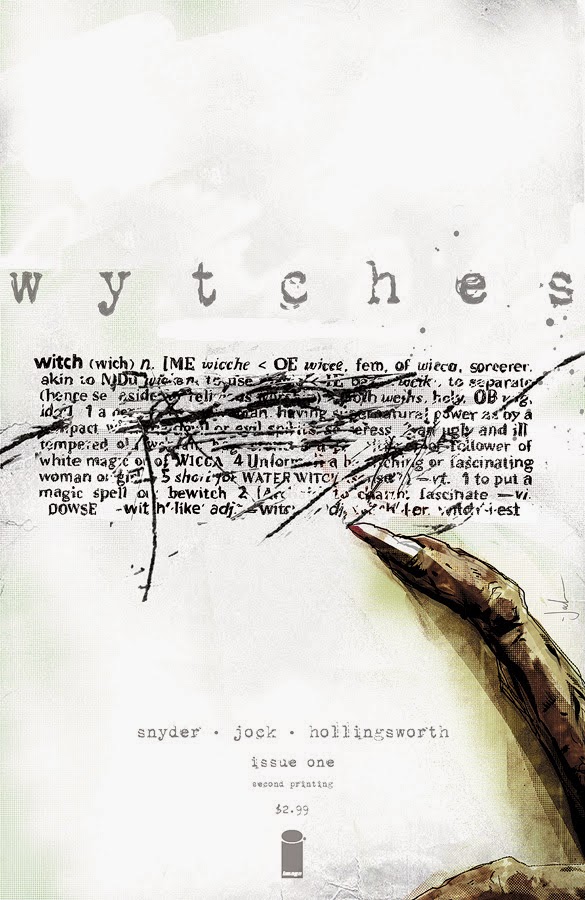 Wytches has already sold out completely of their first issue and Image has announced a second printing for all you people who were late to the store yesterday. In case you haven't heard of Wytches because I dunno, maybe you've been living under a rock with no access to social media relating to comics...here's the dig from Image:


"Across the globe, century after century, men and women were burned, drowned, hanged, tortured, imprisoned, persecuted, and murdered for witchcraft. None of them were witches. They died protecting a terrible and hidden truth: witches—real witches—are out there. They are ancient, elusive, and deadly creatures that are rarely seen and even more rarely survived."

I love the way this story begins after the initial prologue. There's a Harry Potter reference. I know what you're thinking, this doesn't sound very horror does it? Well keep reading because it's about to get a little disturbing. Wytches lets us see bullies get their due, if you believe in revenge and retribution. I do enjoy a good horror story that involves teenagers though. Maybe that's because I felt like I was personally living in a horror story as a teenager. Maybe I just smoked too much pot... it's hard to say.

I was pleasantly surprised by this issue. I have enjoyed stories by Snyder on and off over the years. You probably know him best for American Vampire if you're a Vertigo person. That's certainly where I remember him fondly. You may have also had the misfortune to read  Batman Future's End. (I'm going to blame that one on the other guy.)

I'm happy to report that Wytches is making it on my list of monthly subscriptions. You should make sure to order the second printing if you missed out the first time around. The issue is available in two covers, both of which are outstanding.