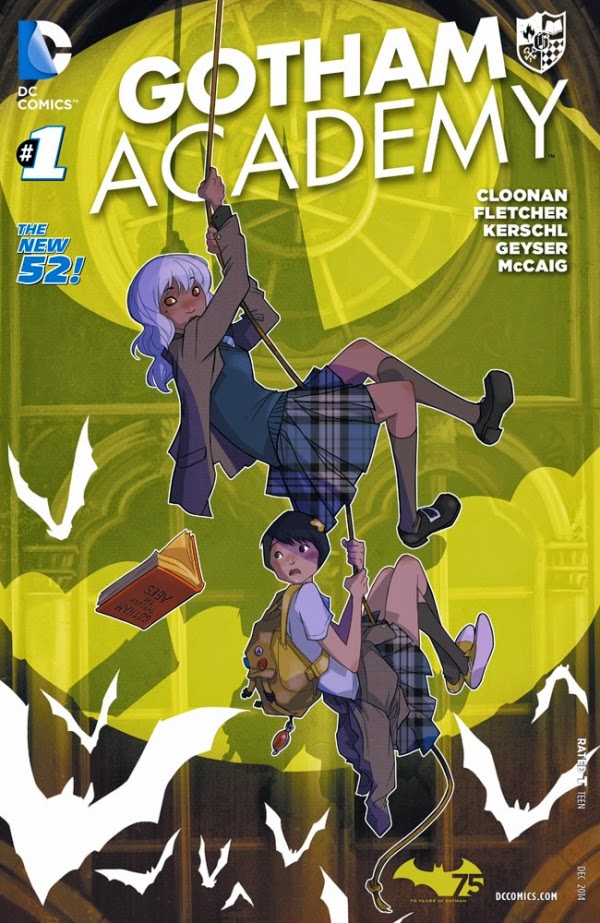 I was lucky enough to receive some of the original printings of Becky Cloonan's early works, some of which are now printed in a lovely edition. It puts some perspective on her work with DC. Gotham Academy is co-written with the help of Batgirl's Brenden Fletcher. Although one has a natural inclination to compare this to the Hogwarts experience, the story has found it's own charm. Main character Olive Silverlock is doomed to another year of prep-school. This year begins with the unwanted task of showing her ex boyfriends sister around the school. The school is supposedly haunted among other problems. The students have nicknames for all their less-than-favorite authority figures.

While reading Gotham Academy, it's easy to forget that you're in the DC universe until Bruce Wayne shows up to give a speech to the students. This is because he is a major financial contributor to the institution. After he's gone, you tend to forget he was even there and follow the kids on their first adventure which is finding friendships in unlikely places. It all gets tied up in the end when the Bat signal is seen within the clouds. While some still think Batman is a myth, the children come to their own conclusions and Olive becomes a hero in a place where superpowers appear to be absent.