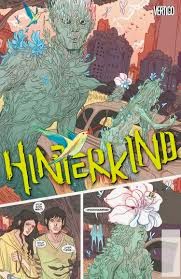 I was chatting with the amazing Alison Sampson on facebook after she posted this amazing artwork. It wasn't her own though. It was the cover of Hinterkind #11 and it blew me away. She tagged me saying "Amy, you gotta interview Marguerite" and of course she was right. This woman has amazing work. On top of that she had just finished an amazing piece for Sensation Comics featuring Wonder Woman #3 (now available at comic book store near you). That absolutely through me for a loop. It's this powerful piece which included all kinds of relevant issues that women everywhere deal with on a daily basis. Slut-shaming, street harassment, etc. It details articulate, assertive Diana dealing with these situations. It's progressive and it's beautiful. So I asked the wonderful Marguerite what it was like to work on this and her other works. Here's the interview:
FQ: Hinterkind #12, has to be the most beautiful cover I've seen for the series yet and that's saying something because all those covers are epic. How did you get involved in the Hinterkind project?


Marguerite: First of all thank you so much, I'm happy you love the covers for Hinterkind ! How I got contacted was kind of a huge and delightful surprise. It was via Twitter by Vertigo's editors Will Dennis and Greg Lockard to relay the great Greg Tocchini that used to work on Hinterkind covers before me. The thing was at this time I was a beginner on Twitter so it was totally mind blowing to get feedback so quickly. I fell in love with the series when Will and Greg presented it through the previous issues, and so happy to work for Vertigo ! So that's how the adventure has begun.

FQ: I feel as though drawing major characters must be a little exciting and nerve wracking at 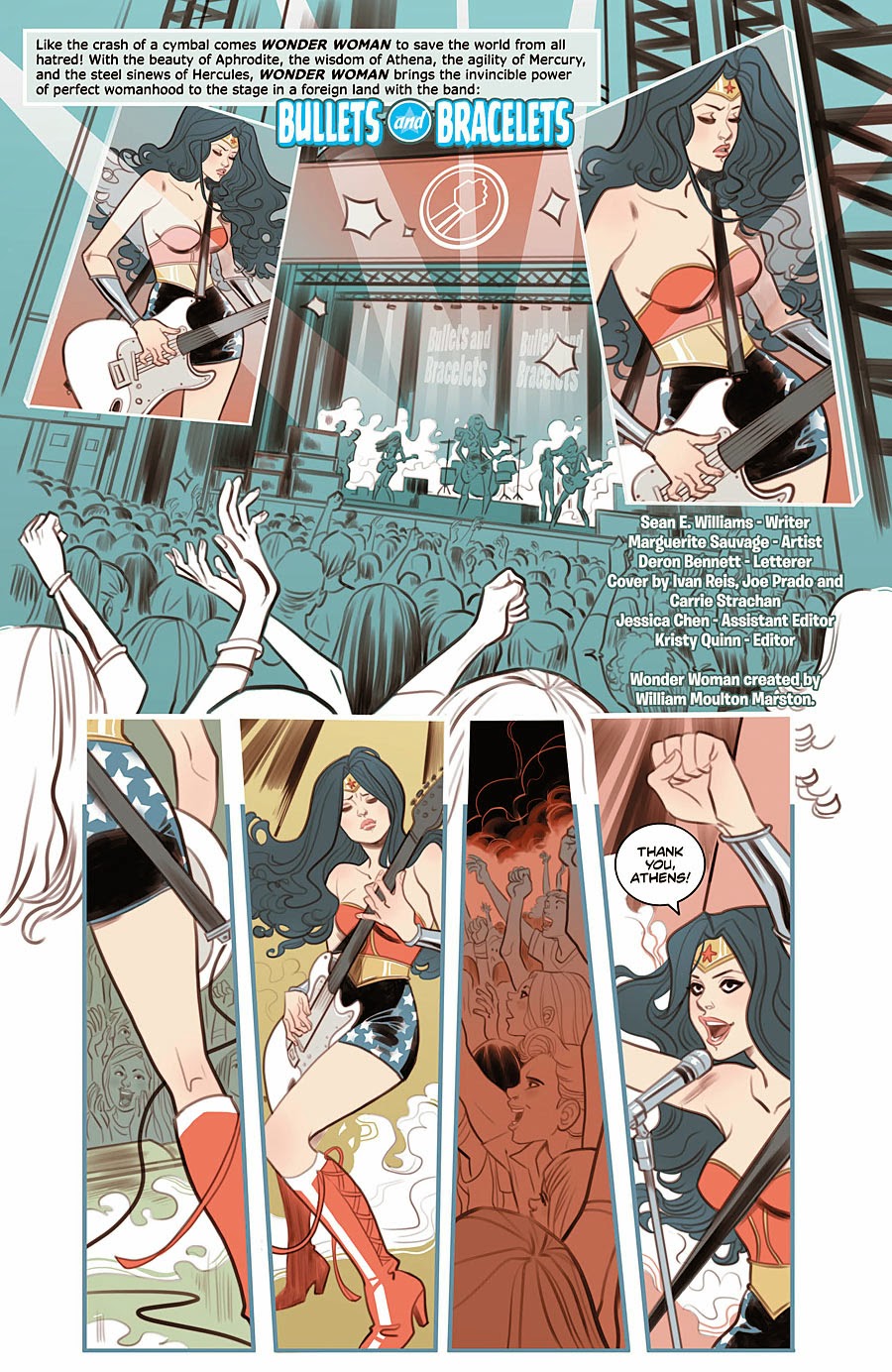 the same time. How can you describe your experience drawing Wonder Woman? Were there any challenges?
Marguerite: Yes, exciting and nerve wracking are the terms. When I got the e-mail from DC with the title « Want to draw a Wonder Woman story ? » I was unable to stay quiet. « Is it for real ? » was my first thought. With then after a huge shot of happiness and excitement ! It was a enormous challenge, my really first professional sequential work since I stopped fanzining as a teen and on one of my favorite character, so you can imagine! I had to learn everything : how to have efficient and dynamic layouts, how to have an interesting inking process, how to keep a graphic composition in each pages through color choices, etc...And how to draw Diana on stage as a Rock Star !

FQ: In Sensation Comics Featuring Wonder Woman #3, there are some pretty big important moments where Wonder Woman is asserting herself in a fashion that all women have felt the need to do so. Wonder Woman shows a new generation of women how to handle criticism on their fashion choices and even how to deal with street harassment and cat calling.  What was it like to draw something important like this? What are your thoughts on these topics? 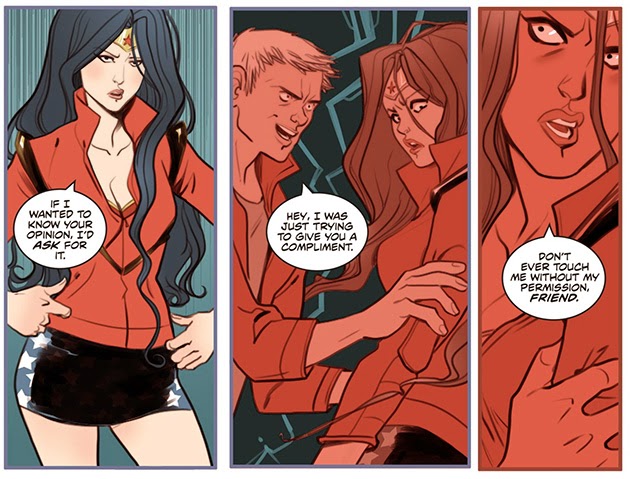 Marguerite: It was a total resonance with my own life, of course. First I'm a woman, second I lived in Paris 15 years. Street harassment, insults, touching and cat callings are young women everyday struggle in the city of « romance » (Paris has a lot of qualities but not on this subject). As a woman you get « used » to it, no choice, but you develop strategies that are unnatural, and even unconscious, like not wearing skirts, avoiding some part of the city, etc. So you do as much as you can to avoid being verbally or physically attacked in the public space, which is definitely not the same for men or for women. Street harassment is not good for men as well, a lot of boys or men are totally upset by the behaviors of this minority of stalkers that deepen the moat between men and women.
So, then after these 15 years, I moved to live 2 years in Sydney, Australia, and then to Montréal, Canada...in these cities there is NO street harassment. It's like living again ! That's the way public space should be in a modern and civilized society. Why do they succeed and not us ? So I was very happy to work on this subject through comics, through a model character like Wonder Woman and through a story written by Sean E Williams, who is...a man !


FQ: What's in store for your future? What projects are you going to be working on and my favorite question to ask people is : What projects would you most like to work on?

Marguerite: I hope I will have more covers and shorts or one-shots to work on ! There's some that will be published in the upcoming months and I will communicate on my blog and on the social medias about it. I'm always amazed when I get new job offers. I'll be happy to keep on working on strong female characters and/or super heroines, sci-fi and thriller, or for a teenaged audience. So anything with a good story, I think that's the point !
Posted by The Frog Queen at 4:01 AM