Death of Wolverine: The Logan Legacy #1 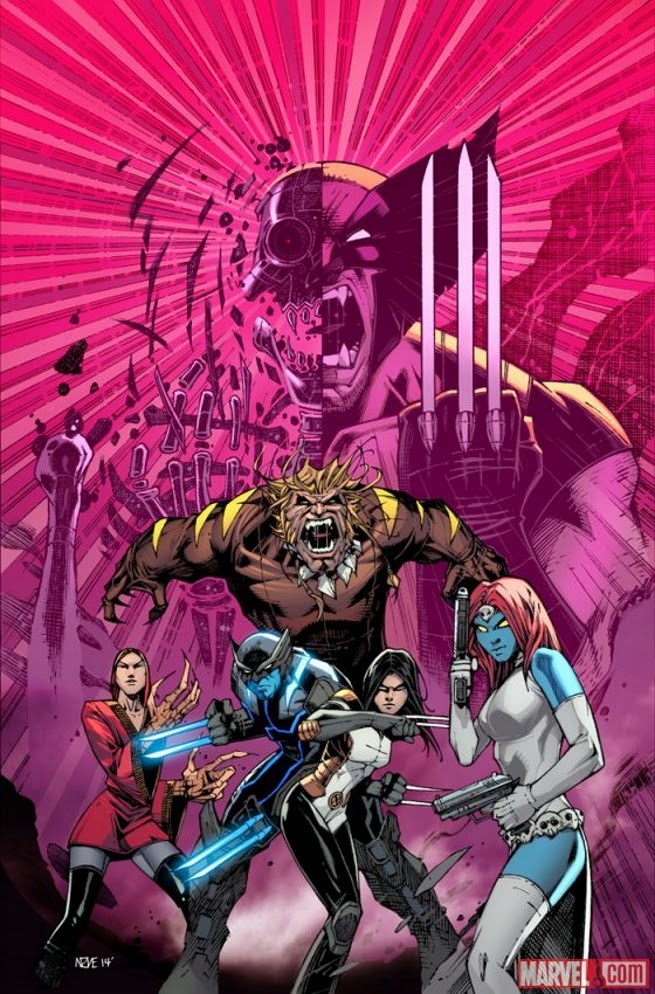 Let me start by saying I preemptively made a decision to pick up all the Death of Wolverine fall-out that was chucked on the shelves. I made this commitment by reading the damn Death of Wolverine story which is now good and done. Wolvey went out kind of like Hans Solo. Instead of being encased in carbonite though, he's encased in adamantium. I dunno why I made this decision but I'm an all or nothing kind of gal for the most part.

I didn't know how to feel about the whole Logan Legacy thing. Seven issues of what I guess are recanted stories from Sabertooth, Deathstrike, X-23 and Daken. Oh and some odd guy dressed up as Wolverine with cutlery tapped to his hands that we're told to read about in issue #3. I'm getting the idea that this is sort of a "where were you when" sort of story but instead of Princess Diana's Death or 9/11, we're talking about Wolverine going bye bye.

We're told where to look for each piece of the story. I dunno why.. presumably because some people might not be interested in say X-23's side of things. Especially if she's still into self mutilation and blood letting? In addition we also are be told to acknowledge X-23's new hair-do. She's got a yellow streak on one side of her face and a blue steak on the other. A tribute obviously but kinda... I dunno. It's kinda lame. My friend Ben explains this as "X-23 is a kid. Kids do stupid things." Fine. I guess I'll accept that...

See, I have a difficult time even talking about X-23 and being positive about her. I was really excited back in the day. The prospect of a female Wolverine character was great for me ...back then... unfortunately they fucked it up by creating fucking X-23. But I digress...Going back to my original thoughts on telling everybody what issue to grab to see which details of who's story... marketing wise, I don't think it was a great move but hey, it's been done before.

I have always been a fan of Lady Deathstrike so I'm most excited to see the issue with her story. There's something about a sword. Daken's side of the story? Meh, I'm sure it'll be... violent. I don't really care. Sabertooth should provide some decent comic relief.

Crafty Charles Soule tricked us with the appearance of Charles Xavier and stupid me almost believed him for a page. I'm easily taken in by writers and my own wishes to simply return my beloved professor to the world of the living. So I was pretty happy with the initial set up for this mini series simply because Soule managed to keep me entertained. I am upset however by the unremarkable artwork. As you can see from the attached image of the cover, it leaves a bad taste in your mouth. Sabertooth looks like he has spikes growing out of his face... anyway the whole book is like that. It's pretty terrible.