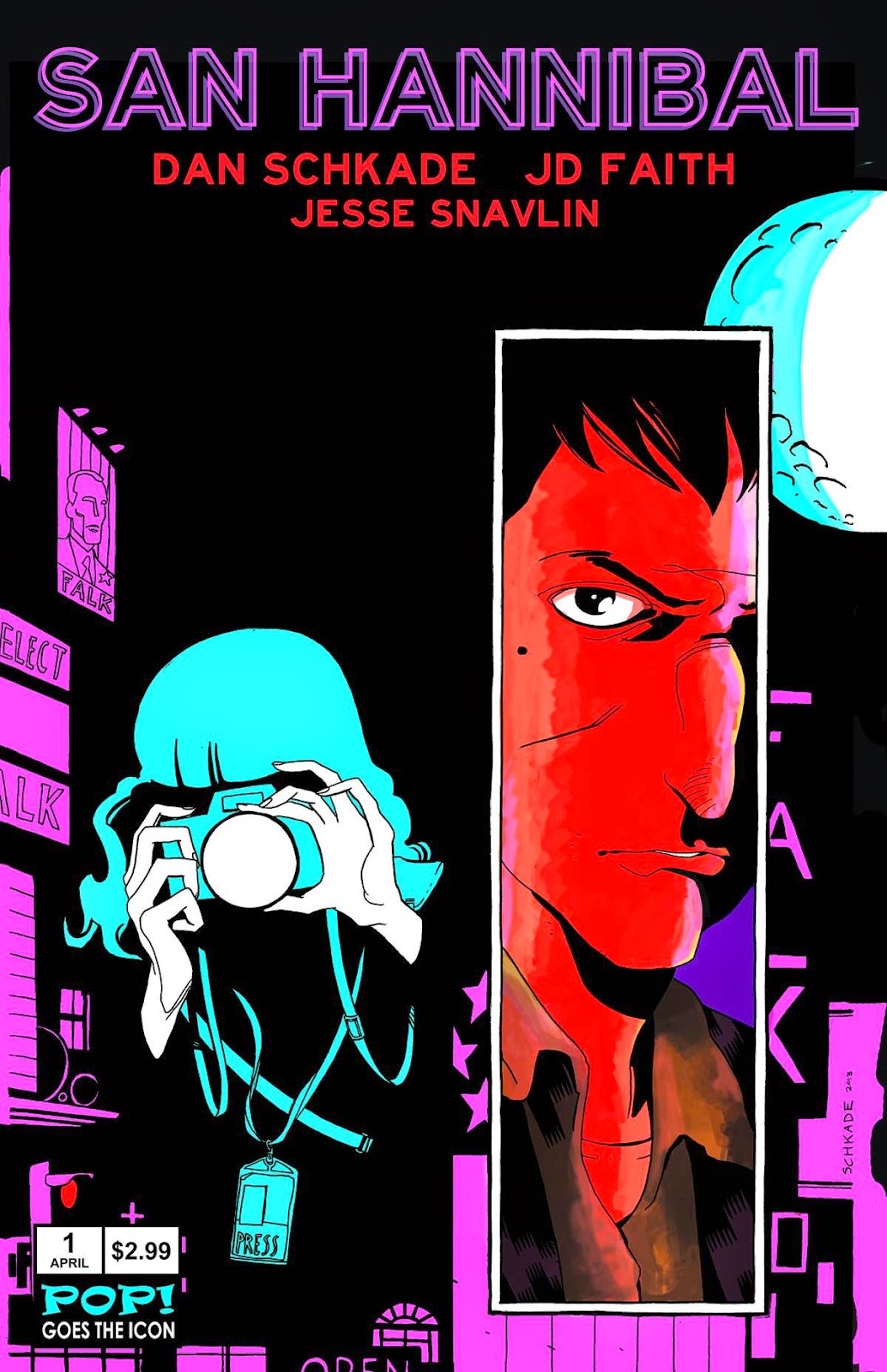 Pop! Goes the Icon just yesterday, released issue one of San Hannibal. A noir mystery story about a missing persons search conducted by private investigator Ira. The search for missing photojournalist Savannah Loy brings him to a punk rock bar. He immediately encounters some odd characters.

San Hannibal is beautifully drawn and colored in two tones. Black and a fuchsia hue (check it out on the cover). I'm absolutely in love with this edgy artwork and it was my whole reason for picking up the single yesterday. The cover immediately caught my eye and as I slipped through the body of the book in the comic book store I said "not another noir story". Despite what might lay in the story, I felt the artwork over-all could probably carry even the worst writer. I was pleasantly surprised when I began to read the book.

The story itself gripped me. Even though it is just another missing persons mystery, the writer clearly has a unique voice. The story is narrated by Ira and written in such a way that you are able to get a good sense of who he is without fumbling to include arbitrary details. Ira's narration does set up the atmosphere of his surroundings descriptively but they are colored by his own personal outlook on life.

San Hannibal is intended to be a five part mini-series. I am really happy that I picked this issue up. I recommend it whether you like mystery noir stories or not. It has already sucked me in.
Posted by The Frog Queen at 4:02 AM