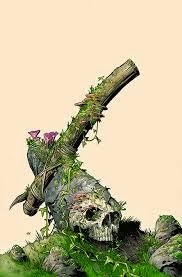 
Out today was issues two of Manifest Destiny. This is a new title on Image Comics that caught my attention due to.. ahem.. the cover. I like so many assholes, still judge a book by it's cover. Give me a little credit, it's logical to do this with comics (most of the time, you can't count variant covers among a few other things). Look at the cover art? It's the pic to the left. How could you not buy this beautiful metal-esq monstrosity?? I didn't even care what the story was about, I just kept having Heavy Metal flash-backs.

Luckily for me the story is actually pretty interesting. The story takes place during an expedition in the beginning of the 1800's during Jefferson's presidential reign. A few naval members joined by a few dudes from the stockade, are travelling the Atlantic. They're looking for new species; off the record they are looking for monsters. OOO and they run into some!! Minotaur's!! Well, they are more like buffalo beasts with arms, but they are metal as fuck. Not to mention the whole naked lady jumping off a cliff (I think she's a plant species or something, maybe a siren). The end?? I think we've got zombies..... 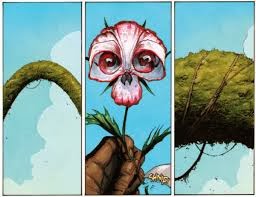