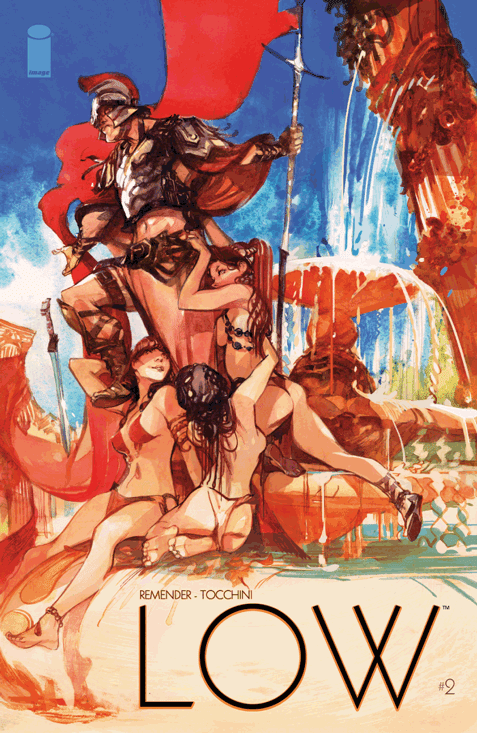 Well this is pretty decent. I was really worried that this story was going to focus on the two parents and that would be it, but I got lucky! Remender has started in a good direction focusing on the grieving mother and thrusting the story ten years into the future. I can deal with this.

Low has proved to have a very successful start. Image just announced a second printing of issue 2 which will be made available Sept 24th. So if you didn't get a copy last Wednesday, fear not, your run will not be incomplete.

For one issue, Remender has managed to pack a lot of information in. Once again, beautifully illustrated by Greg Tocchini. It's so whimsical and dreamy. It really does feel like images you would see under water. I should warn you that this particular comic isn't for children and does contain a number of panels depicting the passionate throws one would experience when paying for sex. You'll see but you probably shouldn't let your ten year old read it. I mean you could, but even the futurist parents of the submerged underwater dwelling would probably look down on you for it.

I thought I'd leave you with a little *SPOILER* about issue 3, Stel is going to do something no human has done in a millenia, walk on the surface of the Earth!