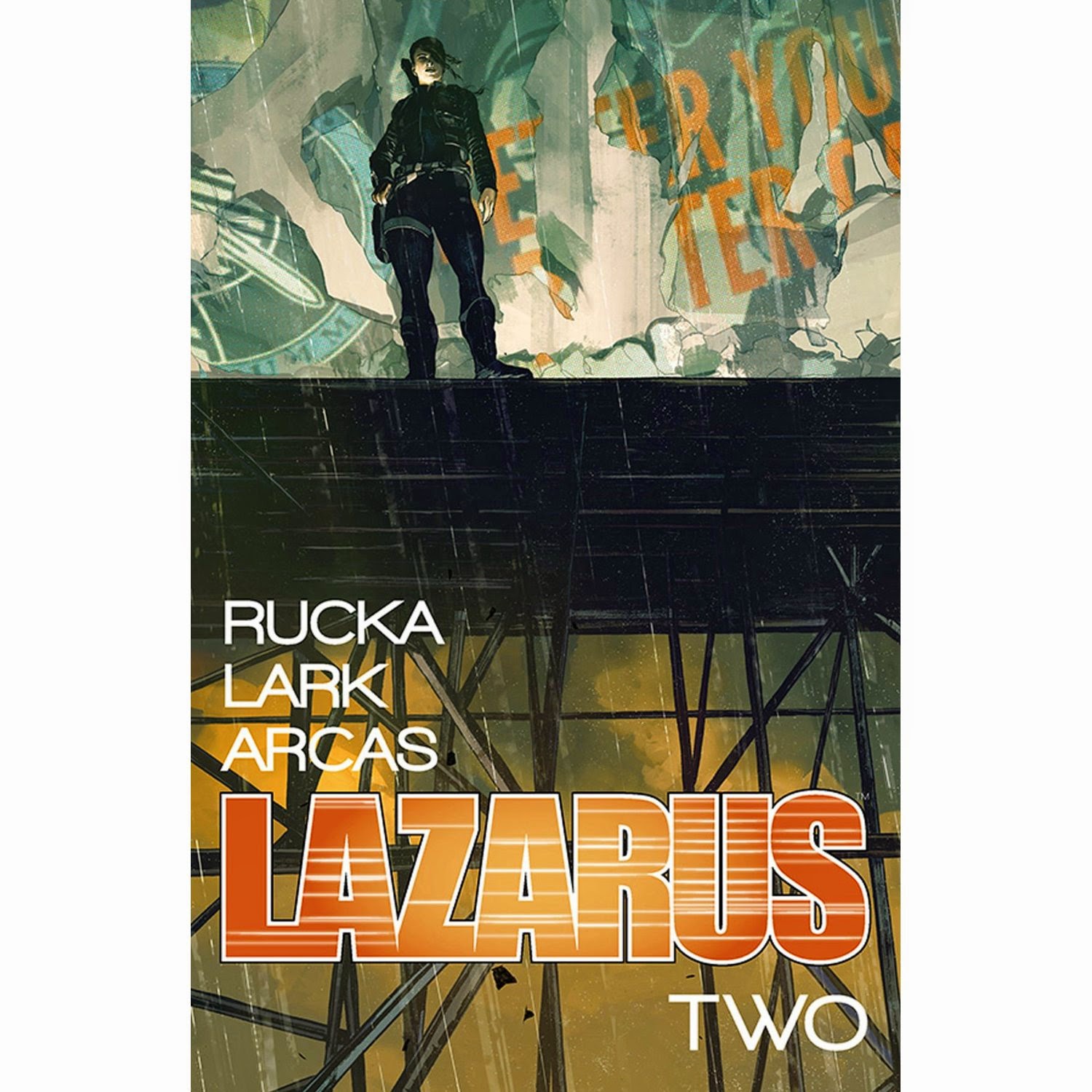 I wanna scream! Seriously. I got so absorbed in this damn TP that I became enraged when it was over. It grips me like the first 10 volumes of The Walking Dead had. Addicted and I want more. I had decided after volume 1 that this is a series best left to binge reading. I think that for me at least, picking up singles would ultimately ruin the experience. I was discussing this with my friend Kelly and she feels that not much happens in one single of Lazarus. She's right. Not much happens that's apparent. It all builds up to this final climactic explosion! Really, both volumes kinda ended with an impact. heh. The man-made kind.

ANYWAY, I am so sad that there isn't going to be another trade for such a long time that I'm not certain what to do. Singles, trades? Singes, trades? How do you decide? When your favorite series is a monthly single but you got in after the first trade came out, where do you go from there? No seriously, I'm asking!!

For the reasons in the first paragraph, I'm going to attempt to wait out volume three. I dunno if I am going to make it.
Posted by The Frog Queen at 4:06 AM