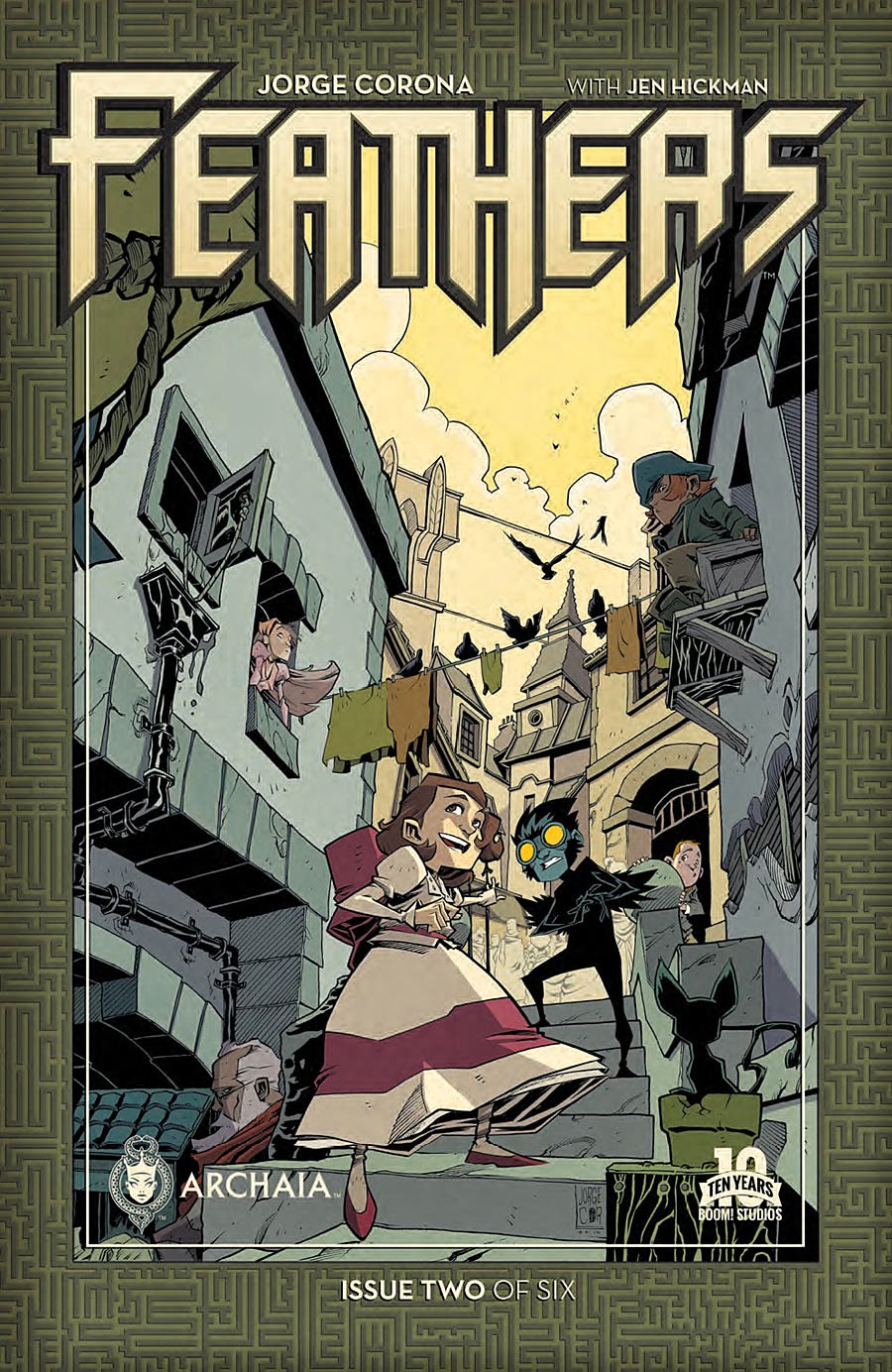 The world has expanded before us in this second issue of Feathers. I feel like Bianca eager to learn more about the place beyond the city walls known as the Maze. Currently everyone in the Maze is looking for Bianca by the insistent commands of her father and his men. However, she's met Poe and busy devising a scheme to save one of the Mice from a most unfortunate fate- being locked up in a cage guarded by an older boy with a stick.

I really like how all the children of the Mice gang are designated by a letter of the alphabet, with the head of the gang being designated by "z". Even more interesting is that the leader of the Mice is a girl! Which is awesome! We get to learn a bit about her and the circumstances around the mysterious disappearance of her older brother and many other Mice from the Maze. I'm just curious as to who is running this experiment. Bianca tells a little tale of a great golden leader (or god?) covered in feathers which raises much excitement in Poe. Yet, I don't think she is at the root of this kingdom and so far, I'm not certain who is in charge and how the economy works in this kingdom LOL. It's pretty much aristocracy behind the walls and surfs beyond. Yet it doesn't really appear that the city guards can even guarantee their own safety in the Maze.

As same as before this slightly gothic tale has some beautiful panels and I know you will thoroughly enjoy your way through this issue. I must say that I am also in love with the thick printed covers that Archaia/Boom has chosen for these books. It really does make the issues feel deluxe!
Posted by The Frog Queen at 4:50 AM