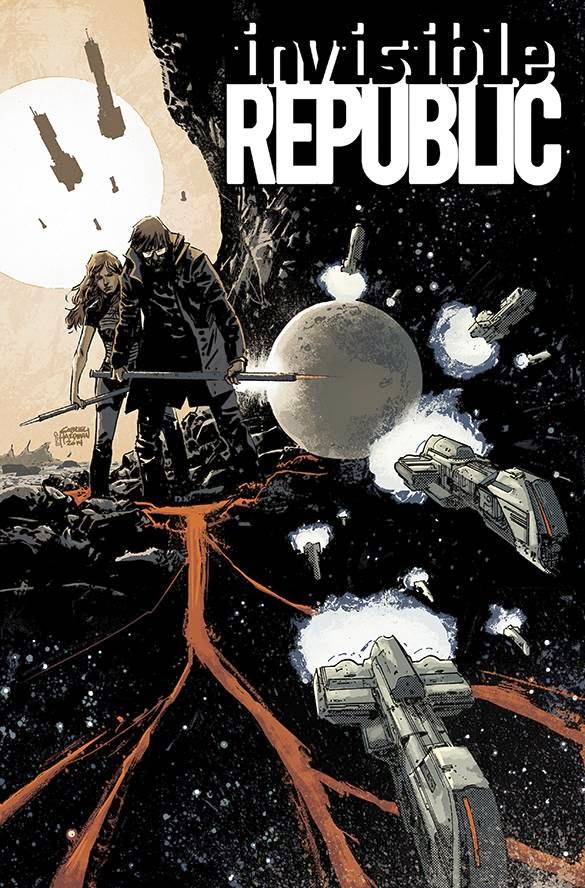 Gabriel Hardman and Corinna Bechko are back at it again with another science fiction hit. Invisible Republic lands in a comic shop near you on March 18th. Something to look forward to this spring from the team that brought you Deep Gravity. I've had the good fortune to read the first issue and I was taken. The story moves through time to uncover the truth behind a lost regime and Arthur McBride, a man of legendary status. I got to pose a few questions and get some answers about the story and it's development.

TFQ: First off, I was wondering how this story all came together! How long has this story been in development. I. E. How long have you been hiding this?

Gabriel Hardman: Invisible Republic is a series we’ve been planning since we finished Heathentown, our first OGN together in 2008 and before any of our freelance work. It’s an ambitious story and in a way it’s really good that we did the long form Planet of the Apes and Star Wars: Legacy series’ first. We had a lot of freedom on those books, which helped us hone our style and working methods.

Corinna Bechko: It really has been gestating for quite a while! I'm glad we waited though, since what we're presenting now is a more mature realization of the basic themes... And the storyline has acquired a lot more action and intrigue over the years too.

TFQ: With last year's release of Kinski as a trade through Image, this feels like a big departure, but you've done sci-fi before. What genre feels most at home to you, which do you enjoy more?

GH: It may sound strange, but I really don’t think about genre much when I’m drawing a book. The two biggest things for me are understanding the characters and making the world feel credible. All the books we’ve done have been pretty grounded, really. The thing I enjoy the most is getting across character through the visuals. 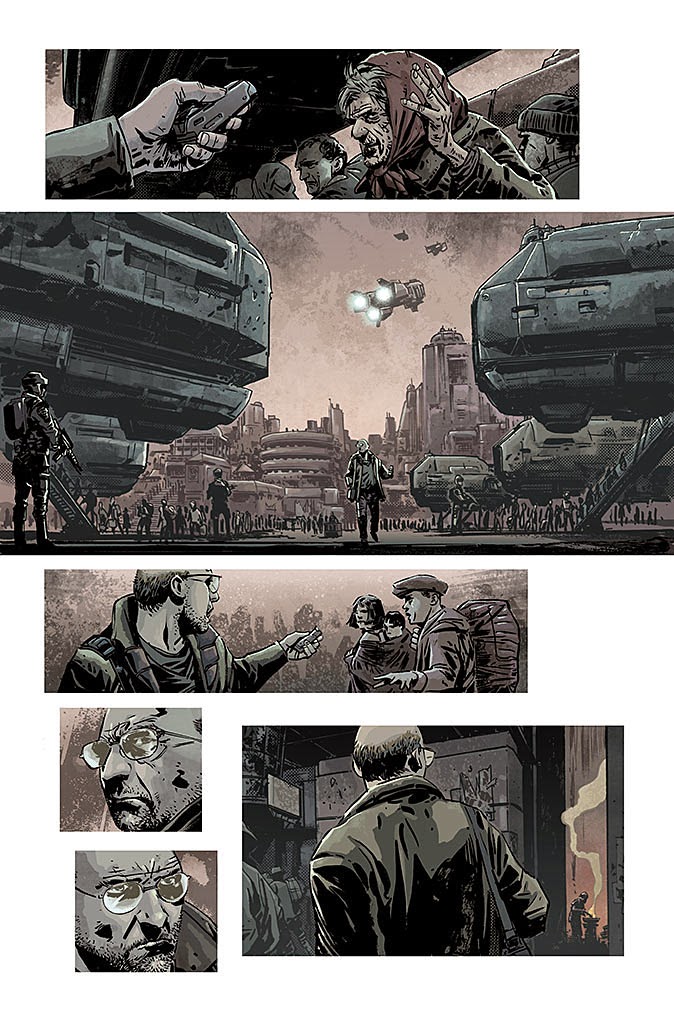 TFQ: The first issue had a serious tone. People are living through the aftermath of specific regime. We dunno yet what it was like or how well off the are now. Can you tell me a little about what readers can expect from this series?

CSB: We'll be exploring two different times in the history of this one out-of-the-way world. In the "past", when Arthur and Maia are young, the politics of the place exist in almost total isolation. The population is restless, ripe for a charismatic strongman to offer them a brighter future. Faster than light travel hasn't been discovered yet, so there are no outside influences since it takes generations to reach a system like Avalon's. In the "present", as Croger investigates the fall of Avalon's totalitarian regime, we'll find out how much has changed as the rest of the galaxy becomes accessible with the advent of a reliable FTL drive, and how much remains anchored by geography and the very personal politics of family dynamics.

TFQ: Was it difficult to decide where to take this story for publishing? Why have you chosen Image?

GH: Image was the natural fit for a book like this because Invisible Republic is a big story that also evolves as it goes. We need the flexibility and control that Image affords. This book just wouldn’t work in any other circumstance.

TFQ: I really love that we get to see this world in two different periods of time. Does this create challenges challenge while illustrating ?

GH: Absolutely. There are storytelling challenges to keeping the timelines straight. A big part of that is carried by our colorist Jordan Boyd who’s been doing amazing work on this book. We settled on a different color palette for each era and Jordan is nailing it.