I, unlike so many, actually waited until the completion of 2014 to release my opinions on the "Best Comics in 2014". For all those who did not wait and feverishly posted their opinions in December (as if putting them out first made you omnipotent or something?), they missed out on naming what has got to be the best first issue of the year. It just happened to come out rather late in December. I actually named Rumble, Best New Series. After reading issue one, I immediately went to the creators with questions.  The talent behind so many great Hellboy and B.P.R.D titles, team up again to bring us something truly exceptional. Check out my interview with James Harren and John Arcudi HERE. 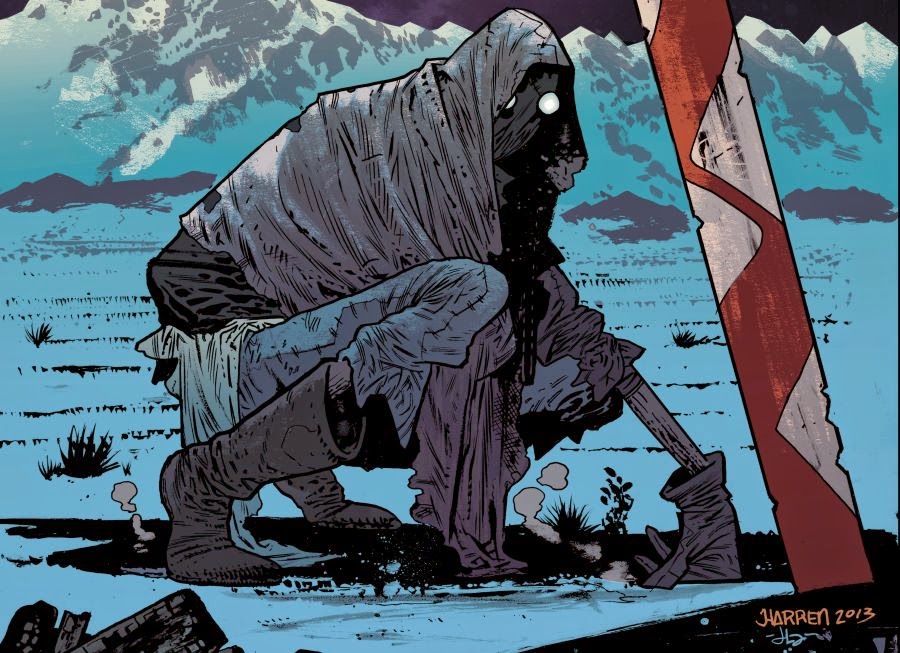 Issue two drops this Wednesday giving us more information on what is really happening in this supernatural tale. Without spoiling it all for you, let me tell you a bit about what really stood out to me: CREATURES! What kind of creatures? Well I'm not going to tell you! NAH NAH!! Fine, so there is a six headed creature and of course, our scarecrow-like demon friend Rathraq. He speaks! We get some answers.

I'm such a huge Harren fan. His creatures are extremely creative. The overall appearance of Rathraq really gave me shivers initially, although I suspect he's not such a bad guy... for a demon. I'm sorta leaning towards that feeling I get when I really love an artists work. I start saying things like "he/she should illustrate everything!". I mean it, EVERYTHING! I wanna see some creepy ass looking children's books illustrated by Harren. Anyway, I've gone off topic- initial point, you are not going to be the least bit disappointed by this issue. Now if you excuse me, I have to go draw six headed monsters and cats. You'll see why.