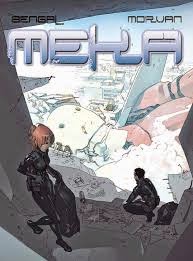 I thought I would do something a little different today and post a book that was released in North America a few months back. This just happens to be another book by one of my favorite illustrators Bengal. If you've read this blog before at all, you've heard me go on and on about his work. Books like Naja and Luminae live in a world that is very much like how my dreams look.

Meka is a futuristic struggle between a corporal and her superior as they attempt to retreat from civilian territory. They encounter hostility and violence as they try to leave the scene of a massive explosion caused accidentally by their own equipment. The locals are abusive and moved to violence despite the fact that the military's presence is required to defend against alien invaders.

A vast range of emotions are experienced by the two soldiers as they push through the hostile territory of those they are sworn to protect. So many stories focus on soldiers as plot devices and cannon fodder without ever giving you much insight into the individuals themselves. Writer JD Morvan  is gives you an intensely close look at two soldiers. You see how training can alter behavior and opinions of some while others maintain their convictions regardless. I really enjoyed the moral struggles between the two soldiers and this is what ultimately makes the story. 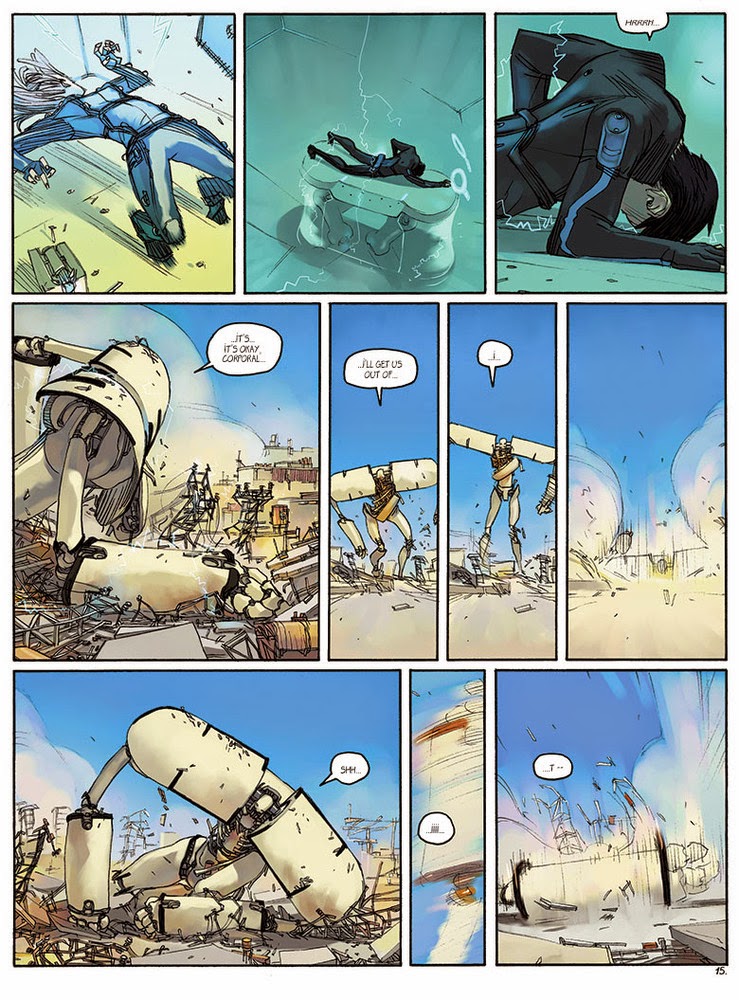 Meka was released by Magnetic Press for distribution September 2014 for the first time in English. It's no secret that Bengal is one of my favorite artists. With sprawling urban settings turned battlefield, Meka shows a side of Bengal's artwork you have not been previously able to experience.
Posted by The Frog Queen at 4:23 AM