Exclusive Interview with Ryan Bodenheim on The Dying and The Dead

Image is known for great new series and The Dying and The Dead is no exception. It hits the shelves running today with a whopping 60 page debut issue!  New York Times Best Selling author Jonathan Hickman pulls us into a world of science fiction mystery where a man must make a decision on what he is willing to do to save his dying wife. This issue will take you places you've never been and Ryan Bodenheim is the one leading the way. I got the chance to ask him a few questions for you (and for me of course). 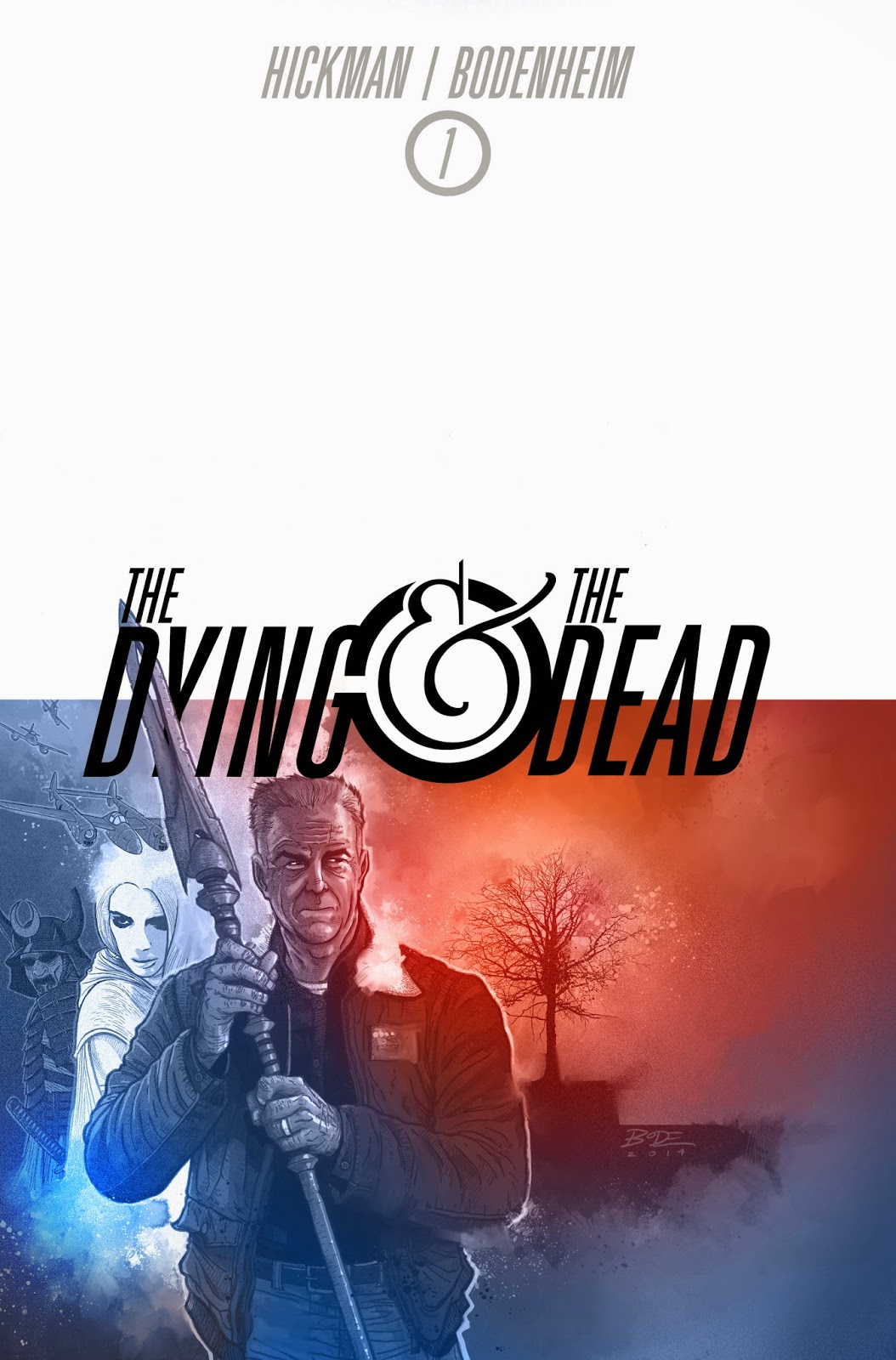 TFQ: How did this project get started? How does it differ from the stories you've done in the past?

Ryan: It started at Heroes Con over either dinner or lunch with Jon and we just started talking about what we wanted to do next, and then many, many hours on the phone going over story and characters. This book differs from my past work only in the sense that I feel like I know what I'm doing now. Working on this book has made me look back on books like Red Mass and Secret and I just see them as warm-up swings in comparison to what Jon and I are doing now.

TFQ: What is your process for character design?

Ryan: My process for most of my character designs involve questions, constantly asking questions. Questions about who the characters are, where are they from, who are the people they love, what drives them in life. I just keep asking myself questions and usually the answers provide the design right down to what kind of shoes they wear. I find doing it this way means I can find the look of the character much more efficiently than if I just sat down and started drawing multiple versions of the same character. The nice thing about working with Jon is he will always let me know if I didn't get it right.

TFQ: The vast cityscapes really sucked me into this world. Some of the mountain rages reminded me very much of Moebius. What was your inspiration for the look of the land and the architecture of the city?

Ryan: I've always looked at backgrounds and settings as another character in the scene and another opportunity to tell more story. Jonathan told me once that out of everyone he ever worked with I ask about settings and locations more than anyone else, even when he describes a setting or scene with a ton of detail I always have more questions. The "City" was really more just a mix of Jon's ideas and then me running with it and trying to make it feel like a real place that people lived in. The city plays a big part in the story and especially in the first issue because it's the moment where the reader will realize what the scope of The Dying & The Dead will be.

TFQ: The first issue is very large, nearly 60 pages. Is there an added challenge to putting out such a large initial issue?

Ryan: It's a challenge in the sense that it's basically 3 issues worth of art and labor, but it's also a very liberating way of making a comic because we can let scenes breath if they need to and not worry about a page count and I think it ends up being much more satisfying for the reader as well.

The Dying and The Dead is AVAILABLE TODAY at your local comic book retailer!
Posted by The Frog Queen at 4:28 AM