Exclusive Interview with the Creators of Curb Stomp! 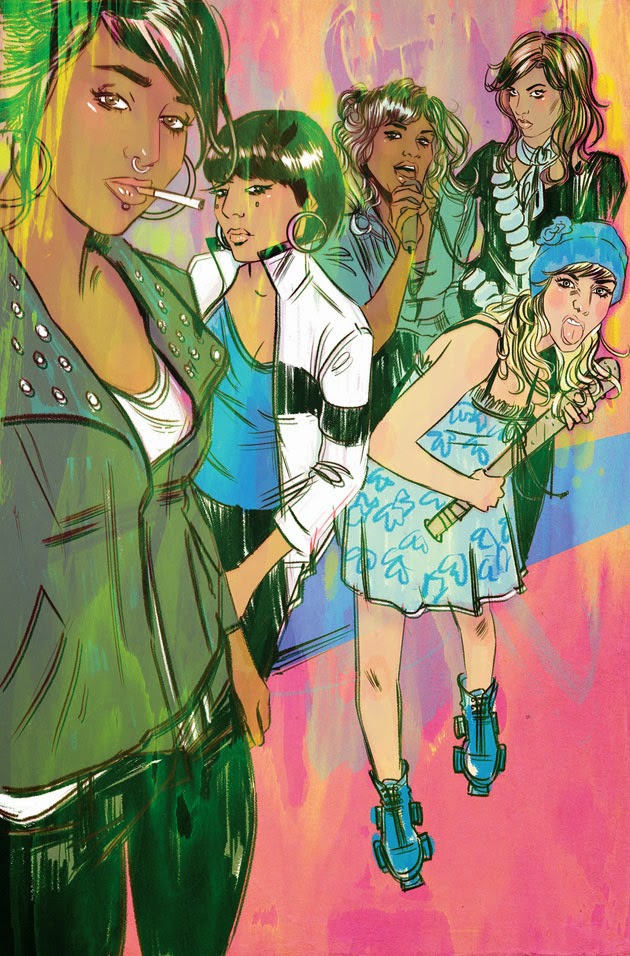 Two weeks ago I released a list of the Most Promising New Series of 2015. On that list was a new series called Curb Stomp which Boom Studios is releasing Feb 25. The story centers around a street punk girl gang made, who have some of the best names ever:  Machete Betty, Derby Girl, Bloody Mary, Daisy Chain, and Violet Volt. They get involved in turf wars and some of the old ultra violence.

This beautifully illustrated new series welcomes the talent of Devaki Neogi and expertly written by Ryan Ferrier (D4VE). They even brought Tula Lotay on board for the first cover which is gorgeous! Tula is seriously one of my favorite artists right now. Devaki is quickly making that list as well! You will not be disappointed! Both Ryan and Devaki were awesome enough to answer some questions about the series for myself and all my readers!

TFQ: Can you tell me a little in your own words what Curb Stomp is all about and what we can expect from it?

Ryan: Curb Stomp is all about what happens in lawless boroughs when the balance of power is pushed between the gangs that protect their turf. It's about five women that are forced over the edge and must push back. It's about survival and punk rock and standing up for everything you know and love, and saying "no." Curb Stomp is a lot of things with many messages, but at it's core it's a gang war story that takes place across three boroughs, each protected by their own gang. Our main gang, The Fever, find themselves in a real hot mess when an altercation with another gang member sets in motion a plot to consume the boroughs, one that reaches all the way to the big, rich, metropolitan city. 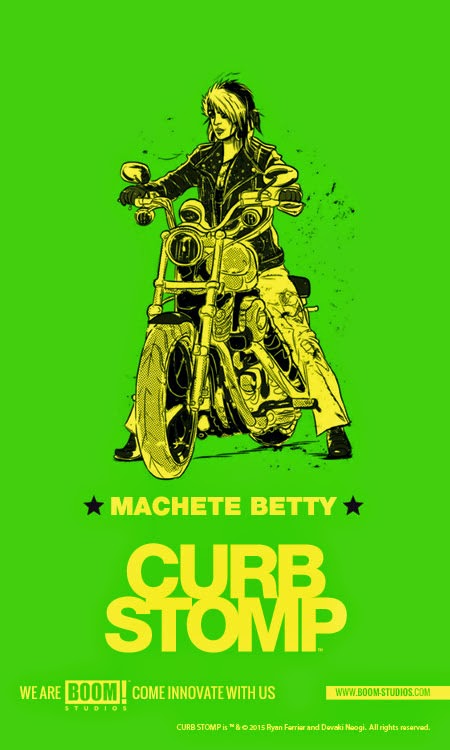 TFQ: So I'm fairly certain that Machete Betty is who I actually am, and The Frog Queen is just my alter ego. How did you create these characters? Where did they come from?

Ryan: Hello, Betty! I think you're so far 2 for 2 for totally kick-ass alter egos then. The Fever came naturally to us. As we were developing the story, they just kind of fell into place. The names were honestly the easiest part f creating them, as I wanted five bad-ass sounding genre names that really worked well together. From there we began building these characters from that and realizing their motives and where they came from and where they are going; what drives them and pushes their buttons. Each member of The Fever is really very different, but they all compliment each other and they all have their own arcs and goals and flaws and strengths. We're all really proud of these characters and can't wait to tell their stories; whether they're revealed to be tragic or devious or triumphant remains to be seen.

TFQ: Which character is your favorite? Do you have a favorite?

Ryan: I can't pick a favorite! These characters are my kids, my babies, and that would be like asking a real parent to choose their favorite. Which is actually kind of hilarious because I'm so sure every parent has a favorite kid and one that they're like "ehhhh they're okay...". I love all of these characters for many different reasons, they each have their own voice and a part of me in there. I will say that I do have a particular fondness for writing Violet Volt because she rarely has a filter when she speaks, and is outrageous and hilarious. She's a lot of fun to write. 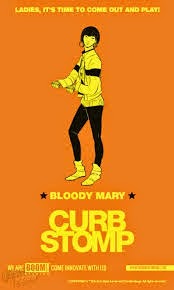 TFQ: Can you tell me how you came to work with Devaki and how this project got started?

Ryan: I remember seeing Devaki's work on twitter I believe, a couple of years ago at least, and was immediately blown away. I then followed her on social media and checked out her work--I think I first saw her work for Mumbai Confidential (Archaia) that was just jaw-dropping. At the time I was planting the seeds for what would become Curb Stomp, and I reached out to Devaki. The rest, as they say, is history, and she's been really involved and excited and just a wonderful collaborator. It was a very simple but very cool partnership, and one that's pretty typical in comics. But it's been awesome working with her.

TFQ: What can you tell me about your process for this project? How do you begin to write this kind of story? 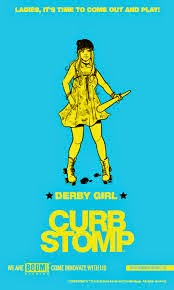 Ryan: I think there's a certain head space one has to get into for this type of story. It's a very delicate balancing act of a few different genres; a few different lenses to look through, without staring too hard through any one in particular. My process was very much getting in touch with a fair amount of perspectives and injustices and issues affecting people, which hasn't always been pleasant. This story has heart and meaning and it's very important but also deals with sensitive issues, so that's something we're always very, very aware of. I've listened to an endless amount of very fast, very hard music, though that's been a part of my life as long as I can remember. I think, as unremarkable as it sounds, we all just dived right in and really worked our hearts out, then from there refined our story, our issues, our arcs, and what these characters are trying to do and say. I can't say enough good about Eric (Harburn) and Jasmine (Amiri), our editorial team, as they have been so amazing to work with and imperative in shaping this story in the best possible way.

TFQ: Devaki, how did you begin to create the appearance of the chatters and what inspirations did you use?

Devaki: Creating the look for the characters initially came from the story line that Ryan had provided along with the descriptions that he had laid down for each of them. Essentially the very feel of the story gave me the cue to work upon the looks that I eventually build up. The personalities traits as described by Ryan also helped in fleshing them out to what they looked like at the end finally.

TFQ: What influences have impacted your work for this series? 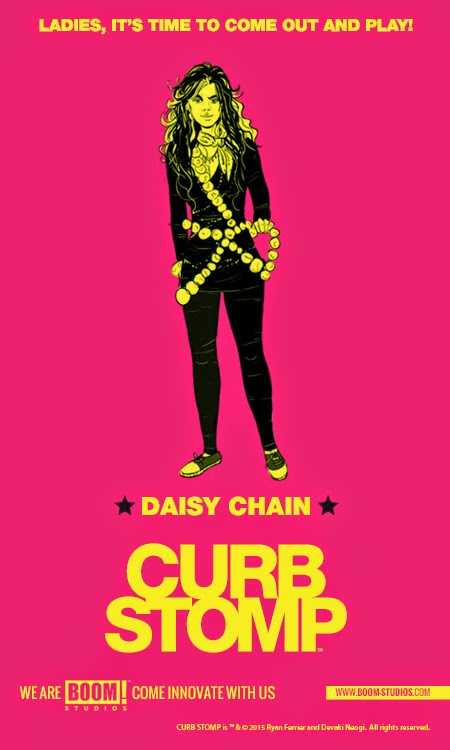 Devaki: I did not draw any specific influences from anywhere. Its was the script foremost that had driven me to do it the way its shaping up. The story line with its heart in the right place spoke volumes about the real issues we deal with in the series. I build everything by closely trying to understand each of the characters lives and how they got impacted with the events that takes place through the narrative.

TFQ: How does Curb Stomp differ from projects you have done in the past?

Devaki: The very story itself is different from anything I have done before.Also what was different was the team of people I am working with. It is absolutely such a joy to work with them. Besides the treatment that we are giving to the artwork is very different from whats been done in any of my previous projects. I am eagerly waiting for final product to come out in the open!
Posted by The Frog Queen at 4:50 AM