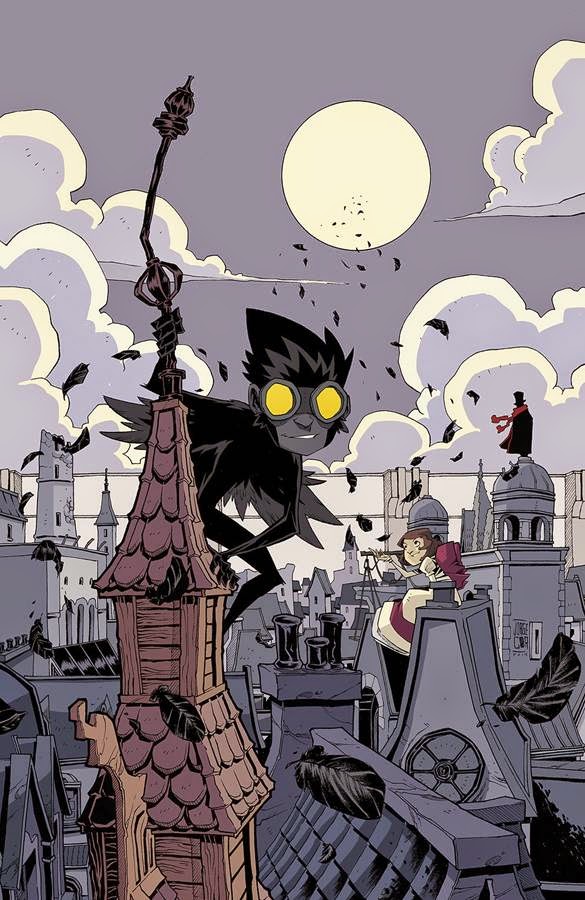 Today marks the release of the first issue of Feathers from ARCHAIA/BOOM. I was blown away by the artwork on the cover when it was initially solicited. I almost missed the release due to the hectic holiday! I caught it just in time as I was compiling my pull list. WHAT IS THIS? HOW DID I MISS THIS?


Feathers is written and illustrated by Jorge Corona who's previous work included Teen Titans, and Batman Beyond Unlimited to name a few titles. I was lucky to get an interview in especially for today's release. Here's the dl on Feathers.

TFQ: Firstly, is this a limited run and how limited is it?

Jorge Corona: This first run is for 6 issues. If it goes well there are plans to expand beyond that with other arcs.

TFQ: Where did the idea and inspiration for this story originate? Does Edgar Allen Poe have a hand in that inspiration?

JC: The inspiration came from a lot of different sources. I took a lot of elements from stories that I’ve loved growing up, from classic fairy tales, to Dickens, to modern day cartoons and characters. There’s a bit of everything in Feathers, it started as a “Beauty and the Beast”-type of short story idea but little by little it grew into what it is now and the book you will be reading.

As for Edgar Allan Poe, the name of the main character does come from him, but since Feathers happens in a different world from ours, this is just a little wink I’m giving to the readers about an author I really love and it goes with the darker tones this story has. I think in one of the early drafts I had Gabriel actually saying that he names Poe because he reminded him of a story he once heard, but it eventually got cut.

TFQ: It's been commented by several people already, myself included, that the cover is reminiscent of Mignola's work. Is his work a key influence on your own? What other artist would you say have impacted your personal artistic style?

JC: Mignola is definitely a huge influence in my work. I’m a big fan of Hellboy and the universe he has created around the character. I do think some of that comes through in the pages of Feathers, besides I’m a big fan of Guillermo del Toro so it all keeps circling around this sort of aesthetic. Other artists that I greatly admire are Eric Canete, Guy Davis, Chris Bachalo, Humberto Ramos, among others. There’s a lot of those guys’ in the way I draw but hopefully there’s also a little bit of me that I bring to the table.

TFQ: You are the writer and illustrator for Feathers. What it like to be the sole contributor to a series? Is it more challenging than working with others or less? 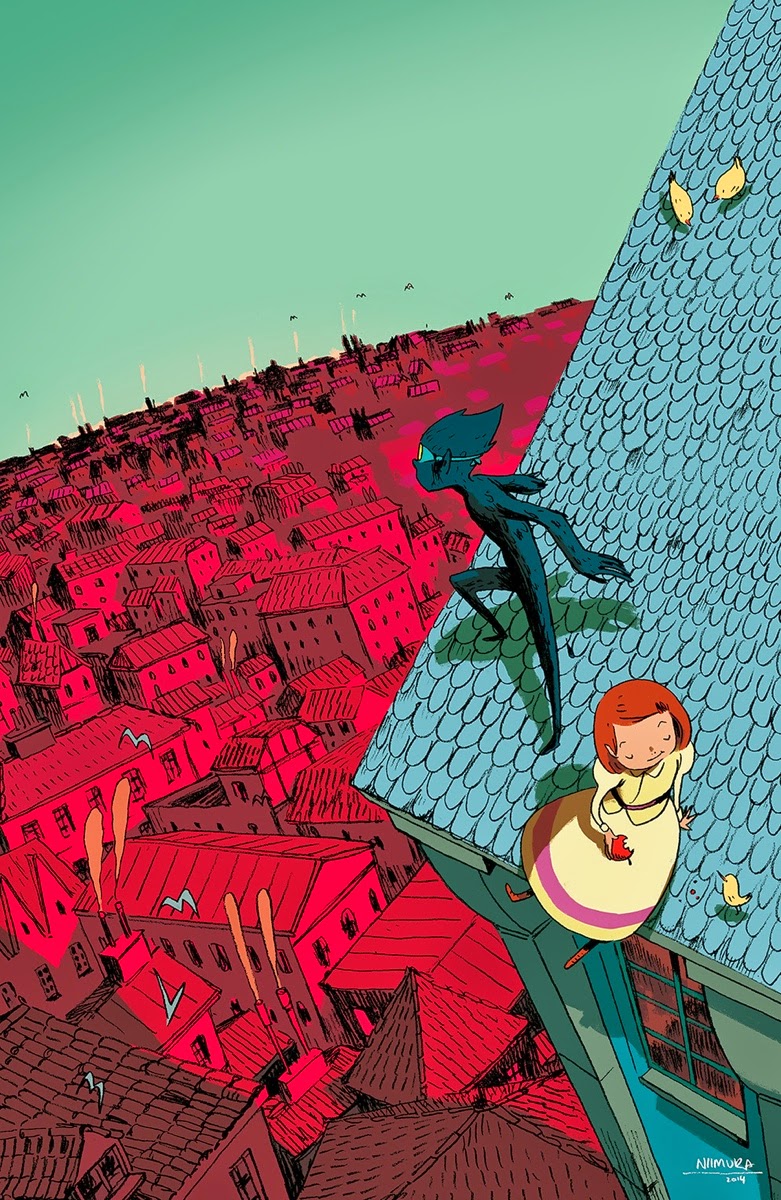 JC: It is definitely more challenging. I’m used to work as part of a team, with voice over decisions but always people to share the heavy lifting of a project. With Feathers is the first time I take the wheel on a story this long and it has been a learning process. Thankfully I also have a great editor in Rebecca Taylor that has been there to keep me on track and to bounce ideas with, she’s been nothing but wonderful to work with. The other person to help with the burthen is Jen Hickman who has been doing colors for this book, and she was a perfect fit for the job.

So far I have to say I’ve enjoyed both situations. There’s a lot to learn on both cases and as long as the opportunities keep coming, I will continue to work this way, jumping from one to the other.

Also, I’ve been incredibly lucky to work with amazing people on my other books.

TFQ: Your previous work includes Batman Beyond Unlimited, Teen Titans,and Image's Goners, is this your first experience with ARCHAIA/BOOM and how did you get involved with them?

JC: I actually met Rebecca while I was going to SCAD for a Sequential Arts MFA degree. We kept in touch over my stay there until eventually I had a pitch I wanted to work with her on, at the time simply called “POE”. Surprisingly for me she liked it and after that it was just a matter of going through the proper submission channels for Archaia and we had a book to work on!

TFQ: What can we expect from Feathers as a whole?

JC: Feathers is a dark fantasy, so expect for things to get dark before they get bright again, but Feathers is also a story of search and find; a search for balance, for answers, for identity, for friendship, and for a place in the world; and I promise that it will get there, but life is a journey and the actions we take will impact the world we life in.