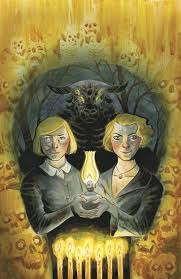 There isn't a huge amount of stuff I'm looking forward to this week. I'm mostly just excited to have my own physical copy of Head Lopper to hold in my hands. If you haven't already, please scroll to yesterdays article below which is a full on interview with creator Andrew MacLean about his awesome Image series. 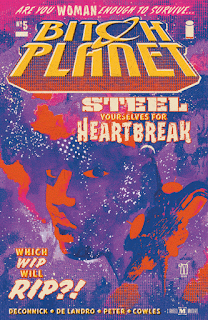 As you can see we have two returning books. One being Harrow County which has turned from mini series to a spooky on-going from writer Cullen Bunn. Bunn's work you most likely remember from Deadpool but if you're a larger fan then perhaps you remember more recently releases such as Hellbreak on Oni Press or Empty Man from Boom Studios! He's got a way with spooky, that's for sure and I really enjoyed the first story arc about a country girl names Emmi who just happens to hold the reincarnated soul of witch within her. I'm anxious to see where this story progresses now that both Emmi and the townsfolk are completely aware of the witch's awakening.

Hey look everyone, Bitch Planet is back. I was trying to think back to when the last issue was released and couldn't recall. That's never a good sign, I had to look it up. Last issue was back in April. The trade did come out this summer but I felt the hiatus was a little lengthy. However, I can name about ten other series who have been on hiatus now for equally long. I just hope that this issue blows us out of the water!