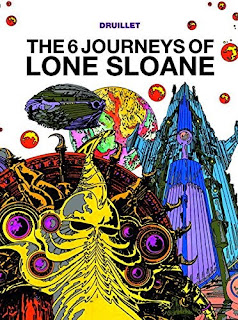 So obviously there's a very important book for me out this week. The 6 Voyages of Lone Sloane by Phillippe Druillet is being released by Titan. They are releasing it in 3 volumes and of course the first one is out this week. A little background, the book hasn't been published in English since, 1991(I believe) but it was originally written and published in Europe in 1972. Phillippe Druillet is one of the artists responsible for Metal Hurlant (better known in North America as Heavy Metal Magazine) which is started with Moebius.  The only piece by him which I currently own is Lone Slaone Chaos so I'm very excited that Titan is making it possible for me to add the 6 Voyages to my personal collection. 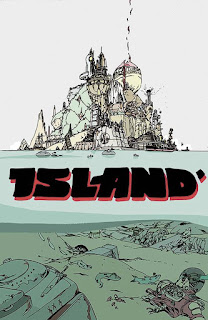 In other news, Silver Surfer if chugging right on through the Secret Wars trauma. Very excited to read this months issue.

There is also a very exciting release from Brandon Graham. He;s teamed up with Pretty Deadly artist Emma Rios and together they are giving us a new magazine which showcases the work of new artists. It said to be an ongoing magazine and each issue will be the length of approximately three average comic book issues. Sounds exciting and as a huge fan of the both of them, I'll be grabbing it.

Last thing I want to mention is that you ensure you grab the last issue of the Reanimator! Super fun mini series about your favorite Mad Scientist. Well, he better be your favorite  :P
Posted by The Frog Queen at 3:49 AM