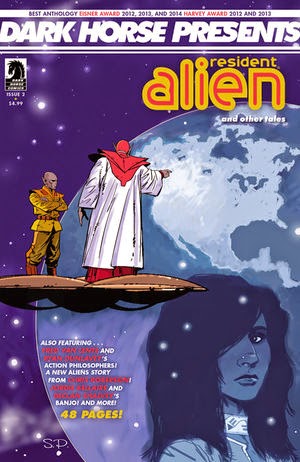 This is another exciting week for me. Lots of my current favs come out today. Current favorites being Manifest Destiny and Shutter. In addition to that, the second issue of Dark Horse Presents 2014 is out this week. This issue will be released in a new 48 paged format featuring art from Steve Parkhouse, Andy Kuhn, Aaron Conley, Ryan Dunlavey, Paul Lee and stories from Peter Hogan, Brendan McCarthy, Jimmy Palmiotti, Justin Gray, Damon Gentry, Fred Van Lente, Chris Roberson. The series is also being released at a new price $4.99. So here's my list: 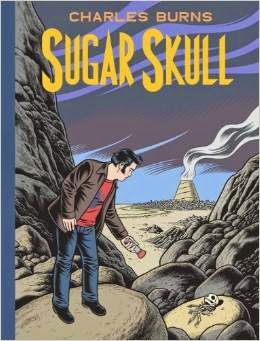 Most critics praise Charles Burns until they're blue in the face. This hasn't been my own attitude towards his work. Having read a good chunk of what he's put down, there have only been a few stories that appealed to me. Sometimes I found his writing so hostile towards women that it got to me.  This however contains the ending to books X'ed Out and The Hive. It's worth noting that this volume is in full color unlike his most famous work Black Hole.

It's worth mentioning that the Attack on Titan franchise has pushed out another collectors book to suck up your funds. This one is called the Guidebook Inside & Outside. I won't be grabbing that but it may interest many of the Titan fans.

Shutter #6 comes out this week! That means we'll be seeing a trade pretty soon here as this ends the first story arc of the series. I had the opportunity to speak with Leila Del Duca after the first couple issues were released. You can check out that interview HERE.

I also wanted to mention the Hulk Annual #1 hits the shelves. The cover is especially amazing. We're being told that a very close friend of the Hulk dies.. any guesses!? ;)