Q: How long has Pop been in the works? How do you feel about the reception?
Jason: Curt and I started talking about working together at ECCC 2013 and then shortly after that Curt sent me his pitch for POP. I loved what I read and told him I was in. The pages for the pitch were done in the summer of '13 and they were sent out with high hopes in the fall. Dark Horse picked up POP in late fall. I didn't start working on issue until Spring, once my gigs at Marvel and BOOM! were complete. So far Curt and I have been thrilled with POP's reception. Readers and retailers have shown a lot of enthusiasm for the book., which is very gratifying.


Is there any possible continuation of this story or is it complete as a mini-series?


Jason: It's a complete mini-series. Yeah, it's over at #4. But, Curt and I are brewing up a new book that will be a little longer in issue number and as equally ambitious as POP, so I'm excited to get that going.

Q: Can you tell us about what future projects you are working on? Can we expect to see anything in print soon? What's next for you?


Jason: I have a few new things in the works but nothing I can talk about just yet. Something for Marvel and then something for Dark Horse. 2015 is going to be an awesome year for me. 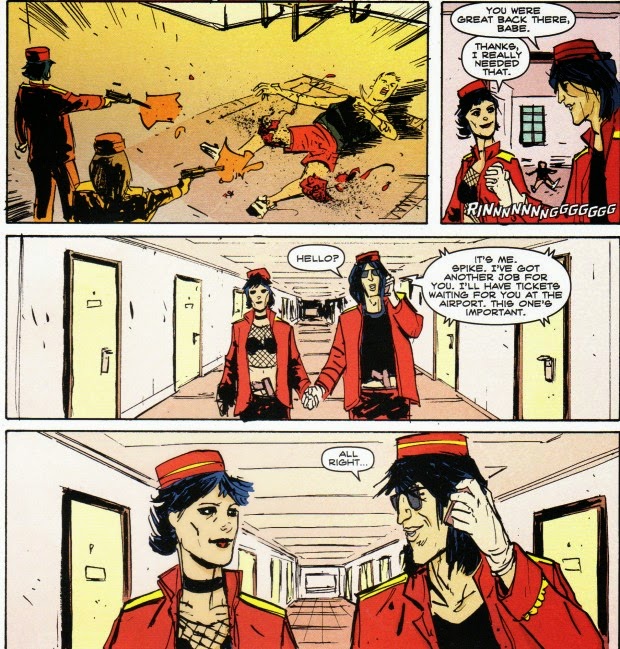 Q: What is your opinion on breaking into the comic world as a Canadian? Are there any hurdles to overcome that might not be similar in other countries?


Jason: With the internet, there are no real boundaries. Everything is done electronically, in terms of sending scripts/image files/etc. As long as you can get online, there really aren't any extra hurdles to overcome. Although, going to conventions can be more expensive due to travel costs and money exchange rates.

Q: If you could work with anyone in the comic book industry, who would you KILL to work with?

For more information about Jason Copland and his work, please visit http://jasoncopland.com/