Exclusive Interview with Dan Slott & the Future of the Silver Surfer 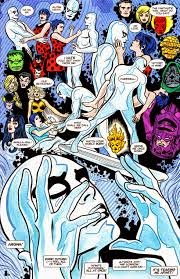 Q: The end of the last story arc for Silver Surfer has left our heroes with endless possibilities for future adventures. Can you give us any hints on just where they are going to go?


Slott: Space! Seriously though... We're going to corners of the Marvel Universe that no one's ever seen before. Anything can happen! You're going to see a planet of "perfect" people, there's going to be robot slavers, an alien orphanage, characters from long ago making their first appearance in official continuity... And that's just in the next 3 issues!

The first three issues acted as our "pilot". The next two issues were an adventure on Earth that showed us why Dawn should go off and travel with Norrin. And now that they're out there-- now that they're off in space-- this is when the series really kicks in! We're going to live up to the promise of our tagline: "Anywhere and Everywhere! Hang On!"

Q: We got to see some of the Defenders and The Guardians of the Galaxy so far in this series. Who else might make an appearance?
Slott: There might be some cosmic characters showing up. Along with Doctor Strange, Hulk, and the Guardians, we've also seen important cosmic entities, like Eternity! And we've met all-new ones, like The Never Queen. There was a hooded character in our first 3 issues, just the fact that we had to hide him probably means he's someone Marvel fans might already know.

And, of course, you can't do a SILVER SURFER series without having a major Galactus story! I honestly think our Galactus story is one for the ages. It is epic! This one's going to be high space opera in the Mighty Marvel Manner! If I get to write one Galactus story in my career, this is going to be it! And the way Mike Allred renders Galactus blows me away! Wait till you see the covers!


Q: Dawn Greenwood is my favorite new Marvel character that completely lacks superhero powers which is pretty new for the Silver Surfer. What made you want a sort of powerless travel companion for the Surfer?


Slott: I'm not going to dodge or duck this. I am a HUGE Doctor Who fan. I've been watching the show since I was 11. And I got deeper in when my family moved to London when I was 13. This iteration of the SURFER came about when Marvel's Tom Brevoort asked me what I would do with the character. We had just been to a corporate retreat earlier that week where a number of people had pitched for a SURFER book, but nothing stuck. My schedule with Spider-Man is pretty tight, Tom knows that, so I thought we were just goofing around. I honestly was not pitching for the book.

So he asked, and I told him, "I'd do a soft reboot, like the way Russell T. Davies did with the new Doctor Who. I'd give him a human companion, an eye-level character for the reader. And by having someone like that around, it would make a stiff/alien character like the Surfer far more human and relatable. The book wouldn't just be about exploring space, it'd be about Norrin Radd exploring his own humanity."

After I said that, Tom laughed and mentioned that he said pretty much the same things to Mark Waid at the retreat. And then Tom and I just kept bouncing ideas of each other about this Surfer book-- that I wasn't going to write and that he wasn't going to edit. This went on for hours. And at one point he said, "Write it up. I WANT to edit this!" And it was out of that same original bull session that Dawn Greenwood was fleshed out.

And the moment Mike Allred turned in his first sketches of her... she was suddenly real. And the fun of it has been making her a good foil, friend, and match for Norrin Radd. I just love that one of the first things she ever says to him-- after mistaking him for a fellow alien abductee-- is "Don't worry. I'm Dawn Greenwood and I'm going to save you!"

She started out as a "Doctor Who Companion", but she's evolved into an "Allred Girl", someone we constantly refer to as a "Miyazaki Heroine" (very much in the vein of Kiki, Fio, or Sophie*), and I see a lot of my twin sisters in her too.

Q: In terms of accessibility, the Silver Surfer is in my opinion, the most easy Marvel series to jump into right now. How do you make a story so friendly for new readers while being this exciting and entertaining?


Slott: One of the things we've been hearing a lot is that it's a book that parents and their kids like reading together. Also that it's a book that readers can give to their non-comic-reading significant others to break them in. And we get that across gender and sexual orientation. Which is FANTASTIC! I couldn't be happier with that. The honest answer to this-- because I don't think it's been by design-- is that Tom, Mike & Laura Allred, and I are just putting out a book that WE want to read-- and this is very much our gestalt/hive-mind sensibility. Tom's wife busts my chops when I'm running late the most, because it's her favorite book to read, and she wants the next issue! 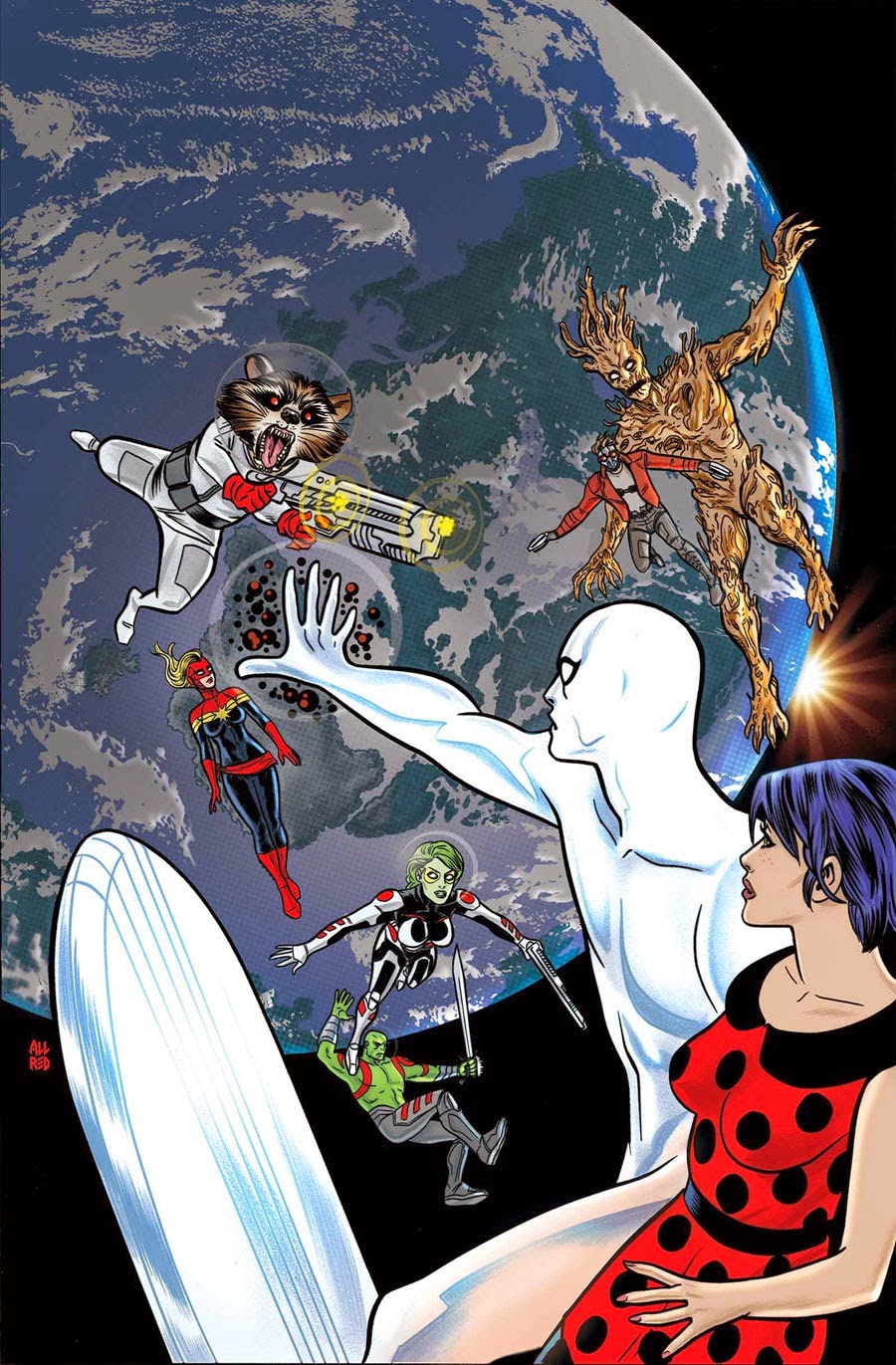 Q: How does the Silver Surfer differ from you're other current and past projects? What makes it special?


Slott: Honestly? It's something I write for the FUN of it. I'm a giggling idiot when I'm typing up a SURFER plot. I'm an applauding fool whenever a new page from Mike shows up in my email. It's my dessert. It's the best part of my day. It's the first comic I've written in a long time where I don't read what other people are saying about it on comic book message boards. I'm not letting one negative vibe reach me on this one. And I think that bleeds through into the work. This is a comic that isn't afraid to be joyous-- to be spirited-- to take you by the hand and say, "Let's go on an adventure!" It's Mike and my take on Norrin Radd. And, end of the day, it's one of the things I've been most proud to work on.