Exclusive Interview with Curt Pires on The Tomorrow's 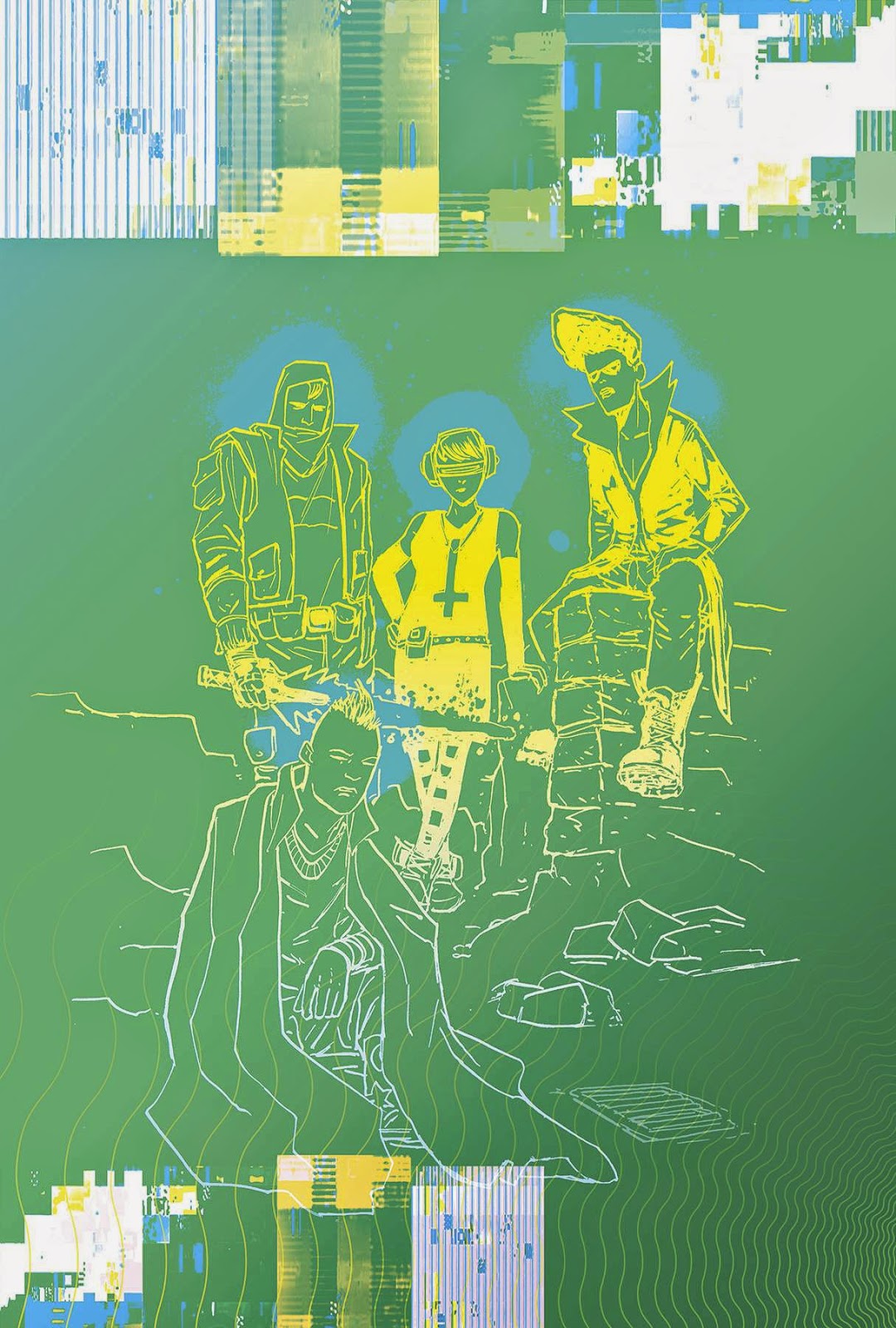 2015 is shaping up to be a pretty amazing year with more great titles on the way. Darkhorse has announced an exciting title for the summer. A six part mini series written by Curt Pires. This Alberta resident wrote one of my favorite mini's from last year Pop, illustrated by Canadian resident Jason Copland.

The Tomorrow's is a futuristic story where giant corporations are using data collected via social media (and the like) as a weapon against the public. Not that they don't in real life with target advertising aimed straight at our wallets...Only in this future art has been outlawed and totalitarian political system rules.

Issue one hits the stands July 8th and is illustrated by Jason Copland. Each issue will feature a different artist. I'm very excited to announce that Curt gave me an interview. Here's what this busy writer has to say about The Tomorrow's.

TFQ: How did you conceive this future in the story ?

TFQ: How did the artists get chosen for each issue?

Curt: I'm a huge fan of Copland's work on Pop! Thanks for the kind words! I'm a big fan of Jason too--he's one of my most trusted collaborators. I just picked artists who I thought were cool, who I wanted to work with, and I put them on the issues in the story that I thought would give them the most chance to shine.

TFQ: In this bleak future, I'm told art is illegal. Can you tell me a bit about why this is?

Curt: Art has always been a channel of communication, of dissent for the oppressed. It's the way we communicate the things that are hard for us to communicate, or ideas that are "dangerous" to communicate by societal standards. Simply put the government and corporations in this future recognized art as a threat, and they decided to silence it.

TFQ: How does this book compare your past work? How do you feel about the story as a whole?

Curt: It's an evolution of a lot of my past work--POP in particular. It takes some of the themes of POP and applies them to a grander much more ambitious scale. The story spans multiple timelines, points across the multiverse, it's me ripping the chains off and diving into the ideaspace and getting wild.

TFQ: Are there any artists in particular that you are dying to work with? Perhaps in a second volume of The Tomorrow's? (can I be so presumptuous?)

Curt: There's tons of artist's I'm dying to work with. I'm SO excited to be working with all of the artists on the first arc. I genuinely think they're all geniuses.

Not being presumptuous at all! I'm pretty honest about the fact that these first issues are a "first season" and that I want to come back and do more if we can. The way it's currently planned is we'd do six more issues and wrap up the story. That's all dependent on success of course.

Some artists I'd love to work with for the second volume, or just in general: Tom Scioli, Eric Scott Pfeiffer, Vic Malhotra, Tonci Zonjic, Nathan Fox, W Scott Forbes, Tula Lotay, Christian Ward, Matt Taylor, the list goes on and on and on :)
Posted by The Frog Queen at 4:52 AM