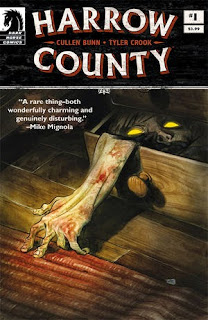 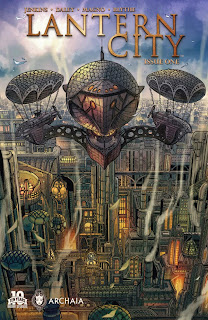 Big day for releases. There so happens to be a few new series I want to check out. Most likely tonight if I have any time! Been busy lately, but I do try my best to get the advanced reviews out. Of those new releases Boom Studio's introduces a new 12 part series Latern City that looks like an amazing Steampunk adventure from first glance at the artwork.

Cullen Bunn releases yet another series with Darkhorse release Harrow County! I've had my eye on this frightening tale for a while now. It's described by the publisher as a "southern gothic fairy tale from the creator of smash hit The Sixth Gun, beautifully and hauntingly realized by B.P.R.D.’s Tyler Crook". And of course, the artwork should be spot on. 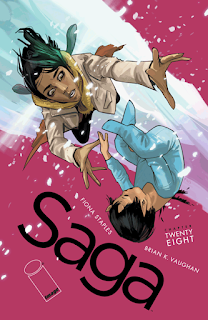 I'm also very interested in the new series Mythic from Image. This one takes place in a world where science is a lie and magic reigns. You probably recognize Phil Hester from the copious amount of work he did for DC. You will recognize John McCrea's artwork from literally, all over the comic book world.

Well lots of goodies out so grab em while you can tomorrow!
Posted by The Frog Queen at 5:08 AM