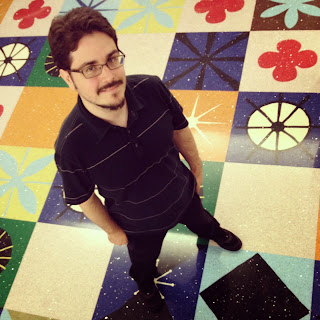 Hey all! I'm participating in the First Second Kids Comic Blog Tour!  As part of this, I'm publishing their interview with artist and writer Dave Roman! Please enjoy! :D


RAFAEL/JORGE:  Thanks for answering our questions, Dave.  And thanks for your support of our first book, "Giants Beware.” We appreciate it.    JORGE:  I'm not sure if you remember, but you gave me my first comic-book writing gig when you worked at Nick Magazine.  I wrote some "Go, Diego, Go" comics for you. So thanks for that too!


Dave: Of course! One of the many sad things about Nickelodeon Magazine getting shut down was that we never got to run all the Go, Diego Go! comics you wrote for us. They ended up being so action-packed! And the, illustrators Kuni Tomita and Gurihiru, did an amazing job with the art too.

QUESTION:  When we consider your work from "Astronaut Academy" to "Teen Boat" to "Starbunny" - the stories you tell are so varied.  Where do your ideas come from?  Do they start with the concept (a kid who turns into a boat; a milkshake empire heir who is lactose intolerance) or a visual, or a character? What's the germ? 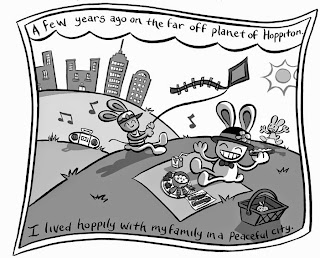 Dave: Most of my ideas start with doodles in sketchbooks or on scraps of paper. Rough shapes become characters with different personalities that begin to spark stories. My latest comic, Starbunny Inc., actually began as a short comic for the Flight anthology, published back in 2006. I had been drawing these bunnies in various places, and decided to write a fairytale about how they had to migrate from one planet to another. Along the way I decided that the main bunny was a CEO at a lucrative ice cream business that was under siege by a flock of corporate birds. My mind just goes on flights of fancy like that! Probably fueled by the fact that I was drinking strawberry milkshakes twice a week. But that was before I realized I was lactose intolerant! So when I revisited the idea years later (I kept doodling the bunnies in random places, and they worked their way into the Astronaut Academy series) I knew I had to do a follow-up about how hard it would be for a bunny to be lactose intolerant in a world where ice cream is their livelihood! 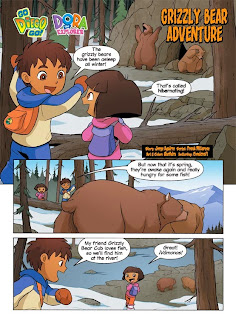 QUESTION:  You draw some of your books, and other books you work with an artist.  How is the experience of writing compared to writing and collaborating with an artist?  Are there advantages and disadvantages in either case?


Dave: I like both approaches in equal measure. When I draw my own books like Astronaut Academy, it can feel more personal, because there’s no filter besides my editor and I. But collaborations with other artists are uniquely fun because there are more twists and turns that can happen in the development process. Working with another artist not only allows me to benefit from their additional talents, it forces me to channel unexpected sides of myself as well. With a book like Teen Boat, it really is equal parts John (the artist) and I, forming a mega-robot that is more powerful.

QUESTION (FROM RAFAEL):  You and your wife Raina Telgemeier are big advocates for kids’ comics, which have made huge strides in the market in the last few years. Can you talk about some of the work you do to promote all-ages comics (such as the Kids Read Comics convention, which I was a part of in 2013)? Where do you see kids’ comics going from here?

Dave: Well, Rafael was also a guest on my podcast, Kids’ Comics Revolution, too! So blatant plugs ahoy! I started the podcast with cartoonist & teaching artist Jerzy Drozd, with the idea of trying to better connect the worlds of comics and kidlit. Jerzy, along with Dan Mishkin, Dan Merritt, and Edith Burney, are actually the ones who started the Michigan-based Kids Read Comics Festival. It’s a festival exclusively for family-friendly material with a strong focus on interactivity and drawing workshops. Plus, it’s the first comics show I had been to that was held in a library, which was cool because librarians have always been the biggest advocates of the books I do. So of course, Raina and I try to support them however we can.


And for the past three years, Kids Read Comics has become a destination for the KCR! Kids’ Comics Awards ceremony, which is an extension of something Chris Duffy started back when we worked together at Nickelodeon Magazine. It’s a fun way to spotlight all the amazing kids’ comics being published these days, and hopefully give the creators of these books more encouragement. The books are nominated by a committee of librarians, teachers and retailers and then voted on by kids across the country. The ceremony is often very silly, with puppets, costumed characters and Lego award trophies. Ideally, we like to emphasize the fun of reading and help build an awesome community of creative kids who are excited about books.

QUESTION:  What are you working on now? 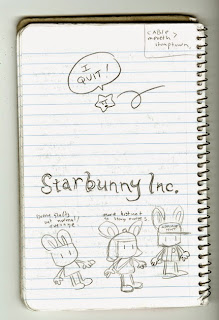 Dave: I just finished a comics adaptation of the Goosebumps story “Night of the Living Dummy” by R.L. Stine, which will be out in time for Halloween. This September also sees the release of Teen Boat! The Race For Boatlantis, which is the most epic thing I’ve ever had the pleasure to be part of. Easily the book with the most explosions, underwater cities, and boat-filled action. I think it’s going to shake up the world for the better. Or at least really change the conversation about boats in America. But in the meantime, I’m working hard on my two webcomics: Starbunny, Inc., and Agnes Quill, the adventures of a teen detective who lives in a Victorian city of supernatural horrors. The two comics couldn’t be more different in tone, so it’s been a trip to jump back and forth between the gothic horror and intergalactic cuteness genres.

QUESTION:  What were your favorite comic books growing up?  How about now?


Dave: Growing up I was obsessed with comic strip collections. Garfield, Calvin & Hobbes, The Far Side, Bloom County and Fox Trot were probably my favorites. I would go to different bookstores with the hopes that they would have collections of strips that didn’t appear in my own newspaper. I was thrilled to get my hands on stuff like U.S. Acres, Hi & Lois, and Heathcliff, which where harder to track down and read in the pre-internet world. Nowadays I still gravitate toward humor-driven comics. I really enjoy the Fangbone series by Michael Rex, and anything by Michael Kupperman always cracks me up. I also have been reading a lot of great coming-of-age comics, like Tomboy by Liz Prince and Roller Girl by Victoria Jamieson. 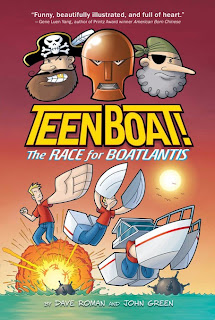