Exclusive Interview with Mike Carey: ALL about John Constantine 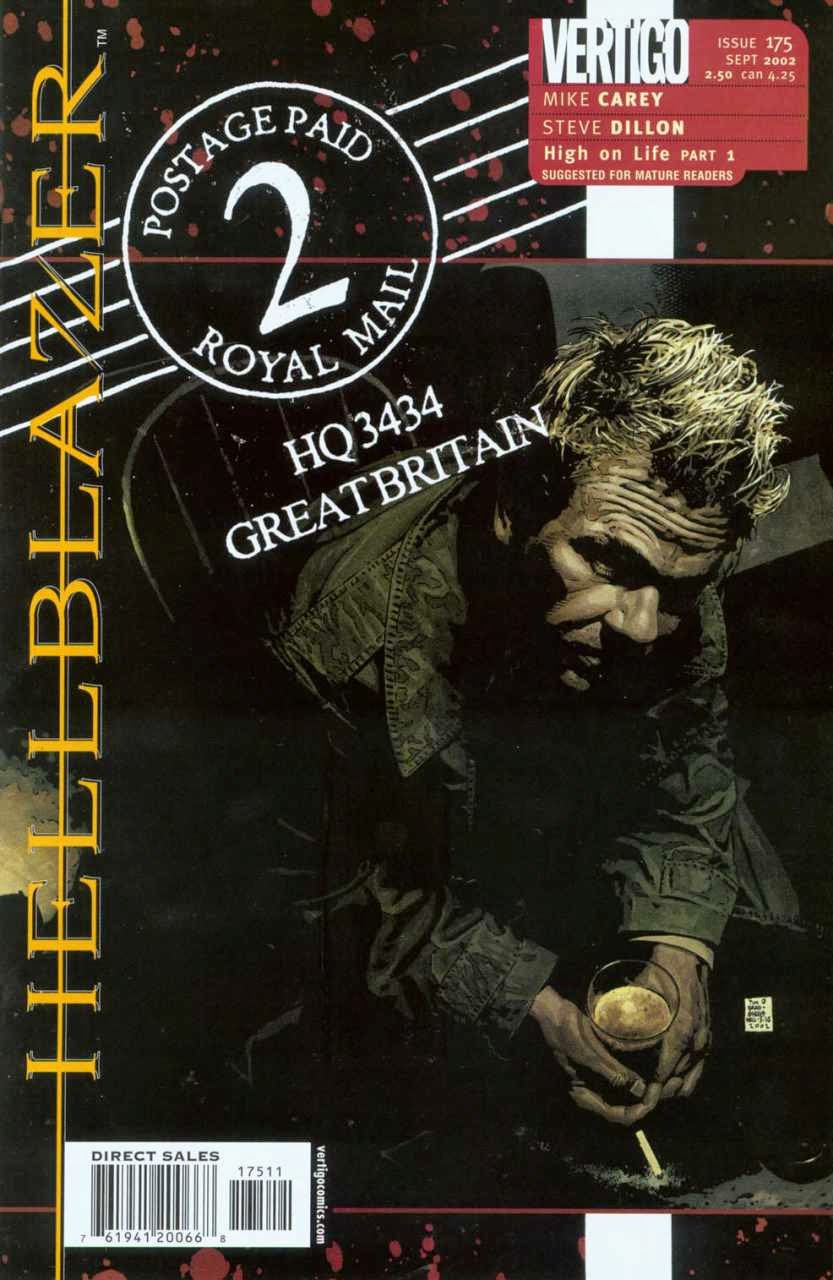 A few things: you probably know that I'm a gigantic Hellblazer fan. HUGE. You may also know that one of my favorite writers from the series is Mike Carey. You may have also remembered my outrage when DC did the worst thing I could think of: they pulled the Hellblazer title from the Vertigo universe and pulled John Constantine into the New 52 at the beginning of 2013. Now recently, DC announced that they have decided to end that universe and give John Constantine back a spotlight more deserving of him. The new title will begin this spring entitled John Constantine: The Hellblazer. I couldn't possibly be more excited about anything else this year because HELL, one of my favorite people Riley Rossmo is going to be illustrator on this monster and Ming Doyle will be writer! This team has got me pumped! So.. long story short, I wanted to talk to a Hellblazer legend and expert on the history and future of John Constantine. So here's my chat with Vertigo legend Mike Carey.

Mike: I felt like it was a missed opportunity in a lot of ways. John works brilliantly as an ongoing protagonist in a Vertigo milieu. And he works as a walk-on savant stepping out of the shadows in superhero books. Whether he can be made to work as a protagonist in his own solo book in a superhero universe is a different question, and harder to answer. I'd say the jury is still out. 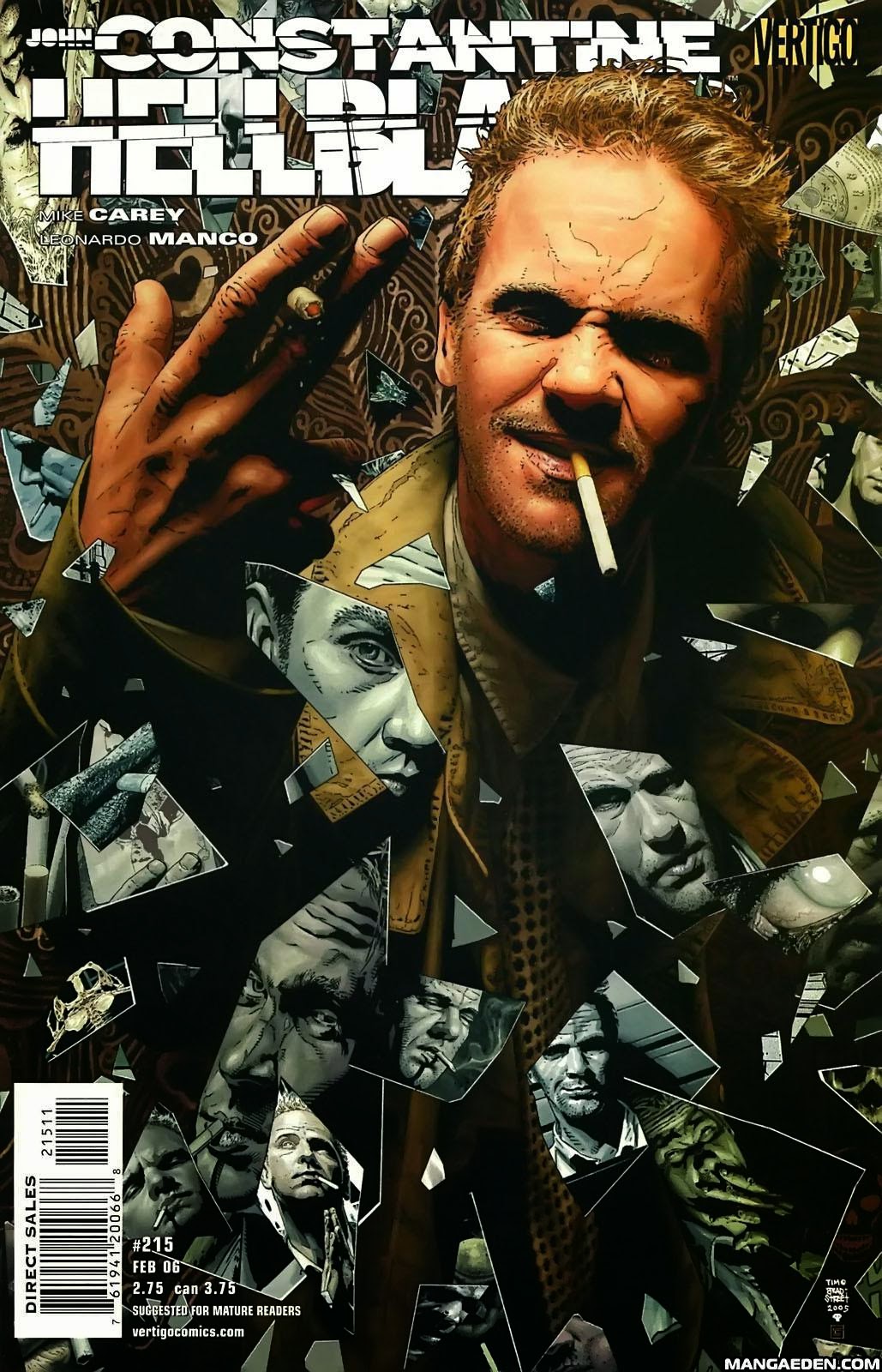 TFQ: How do you feel about the decision to pull John Constantine into the New 52 universe? And how does it feel knowing that universe is coming to an end?

Mike: I absolutely followed the logic of having John at play in the DCU. That was where he started out, and on one of his early appearances in Swamp Thing we saw him mixing with superheroes on the Monitor's space vessel. But I don't think there was any compelling argument to end the Vertigo monthly in order to start the DCU book. Marvel had already made a very convincing case in the Ultimate books for having multiple versions of the same character be in circulation at the same time. Fans weren't puzzled by parallel, mutually exclusive continuities. They took them in their stride. Ultimate Spiderman was over here, and regular Spiderman was over there. All good.

So it seemed to me that an axe had been dropped for no good reason.

The Constantine book has gone up and down in quality as any ongoing book will do. But I've never been able to warm to it because it killed its older brother in order to get itself born.

TFQ: I'm a big fan of Ming Doyle. I'm also a huge fan of Riley Rossmo so for the first time since the end of Peter Milligan's Hellblazer run, I'm actually really excited about a new Constantine title. There is promise to restore him to his original character. How do you feel about the new series and do you have any predictions?
Mike: Ming is amazing as an artist. I'm less familiar with her as a writer. One thing that's certain is that during its Vertigo run every writer was able to re-invent John Constantine in ways that suited their own storytelling styles, while still keeping some core of the character intact. There aren't that many characters who are robust enough to stand that kind of manhandling. So I'm definitely prepared to give this a shot, and I'm curious to see what kind of John Doyle and Rossmo will give us.

TFQ: Would you ever consider writing Hellblazer again if the opportunity arose?

Mike: In a Vertigo context, yes. Not in the DCU. I'm probably all done when it comes to writing ongoing books in a shared continuity with a line-wide editorial mandate. It's fun, but you have to dedicate a big chunk of your waking life just to staying on top of what's what.

TFQ: What are your favorite Hellblazer stories of any that are out there? 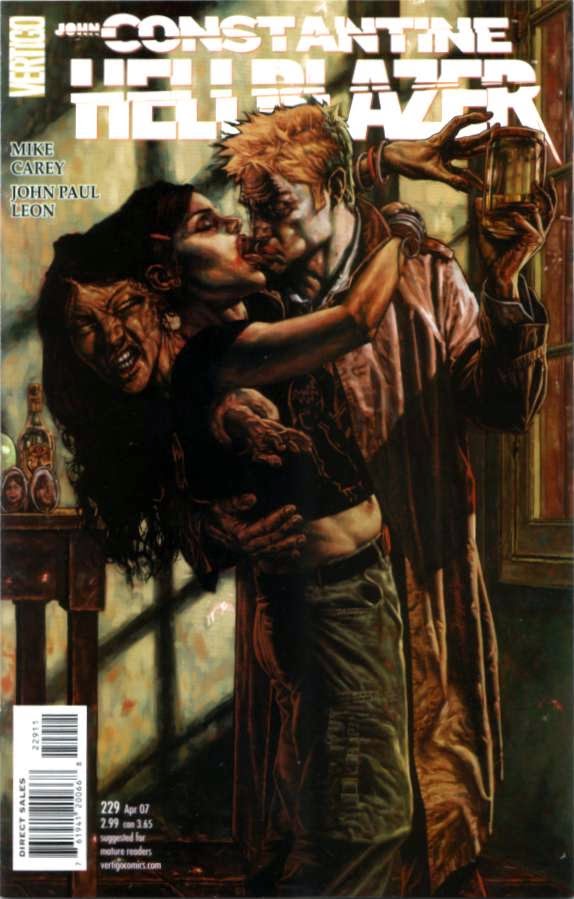 Mike: My all-time favorite is still HAUNTED by Warren Ellis - utterly superb horror, and the best manifesto for a new take on the character that any writer has ever come up with. Of course, Ellis didn't stick around for the long haul so it's impossible to know what his Constantine would have been like if he'd helmed the book for three or four years or more. But I'm betting it would have been magnificent.

I also love Jamie's run on the book. The Family Man was insanely good.

And Suicide Bridge was a lovely one-off.
Posted by The Frog Queen at 4:49 AM