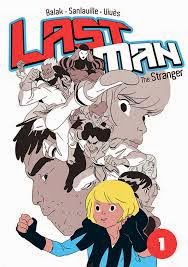 About a year ago this cover that caught my eye. The character design intrigued me and reminded me of some images I recalled from my childhood, that would have been the 80's. I quickly learned that the book was only available in French. My French is deplorable.  I was disappointed to say the least. Fairly recently I received a press release from First Second announcing their 2015 titles and BEHOLD!! there was THAT cover. They plan to release the first three volumes of the series Last Man in English this year. I read them all.. immediately.

This is some of the most fun I've had reading so far this year. I LOVE this series. It is very much inspired by Japanese Manga and reminded me mostly of Naruto, which of course I'm a huge fan of. Last Man follows the story of a small boy's wish to compete in a great fighting competition when a strange man enters their village. This man becomes the boy's partner and together they compete in the great tournament. This story combines some elements of fantasy and a whole lot of mystery. Naturally I decided to go to the artist of this awesome series and ask him a few questions. French artist Balak gives me some insight into the making of Last Man!

TFQ: First of all, can you tell me how you came to work on this project? 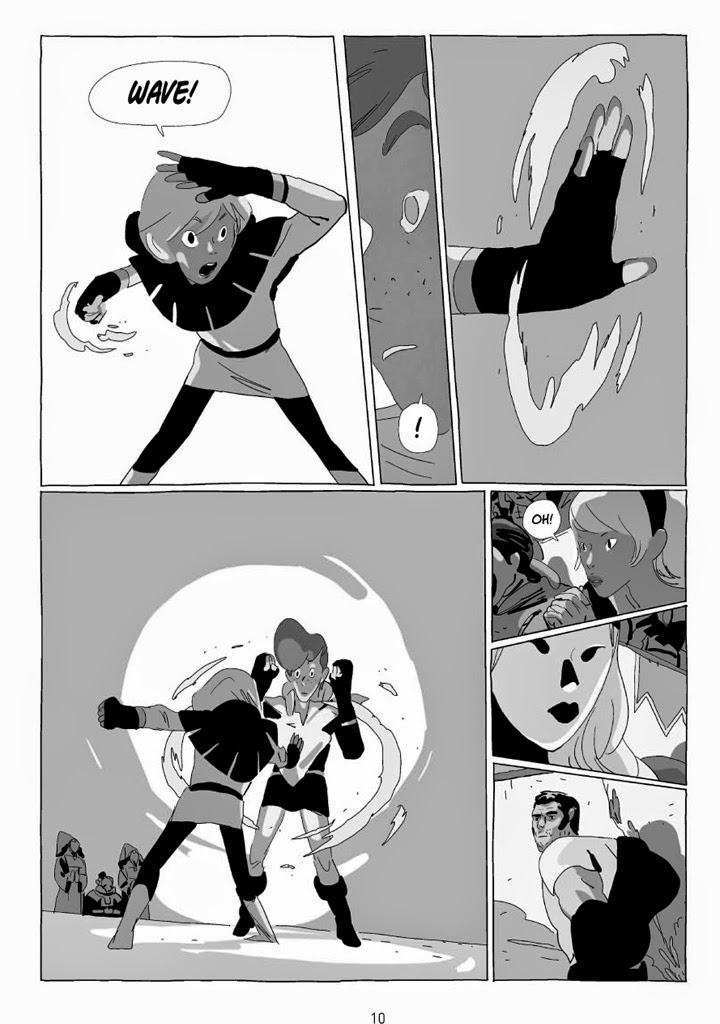 TFQ: Last Man's story reminded me largely of Naruto. However the artwork took me to a different place. What was your inspiration artistically?

Balak: It's mostly Bastien's style, and Michael. They have similar taste in drawings: Bastien is a huge fan of Richard Corben or Bill Waterson, but it doesn't really shows in his art. He was very influenced by the french comic book artist Merwan Chabanes; too. Michael loves Akira Toriyama and fist of the north star, as well as french artists like Uderzo or Janry. It's a weird personal mix of all that kind of influences.

TFQ: Do you find yourself influenced by other artists ?

Balak: We are standing on the shoulders of everybody that has come before us; and all the artists that gave us the taste to draw. My influences are mostly Japanese. But I love Canadian or American comic book artists/ I think that; for example; Stuart Immonen is the greatest artist alive when it comes to super hero comics/ A tie with Olivier Coipel.

Since I'm mostly a storyboard artist, what grabs me first and foremost is how good an artist is using his storytelling skills and to me, Japanese are the best with this.

TFQ: There were physical communicative interactions between characters that are wordless very often in the story. Is it a challenge to convey these subtleties in the illustration alone? 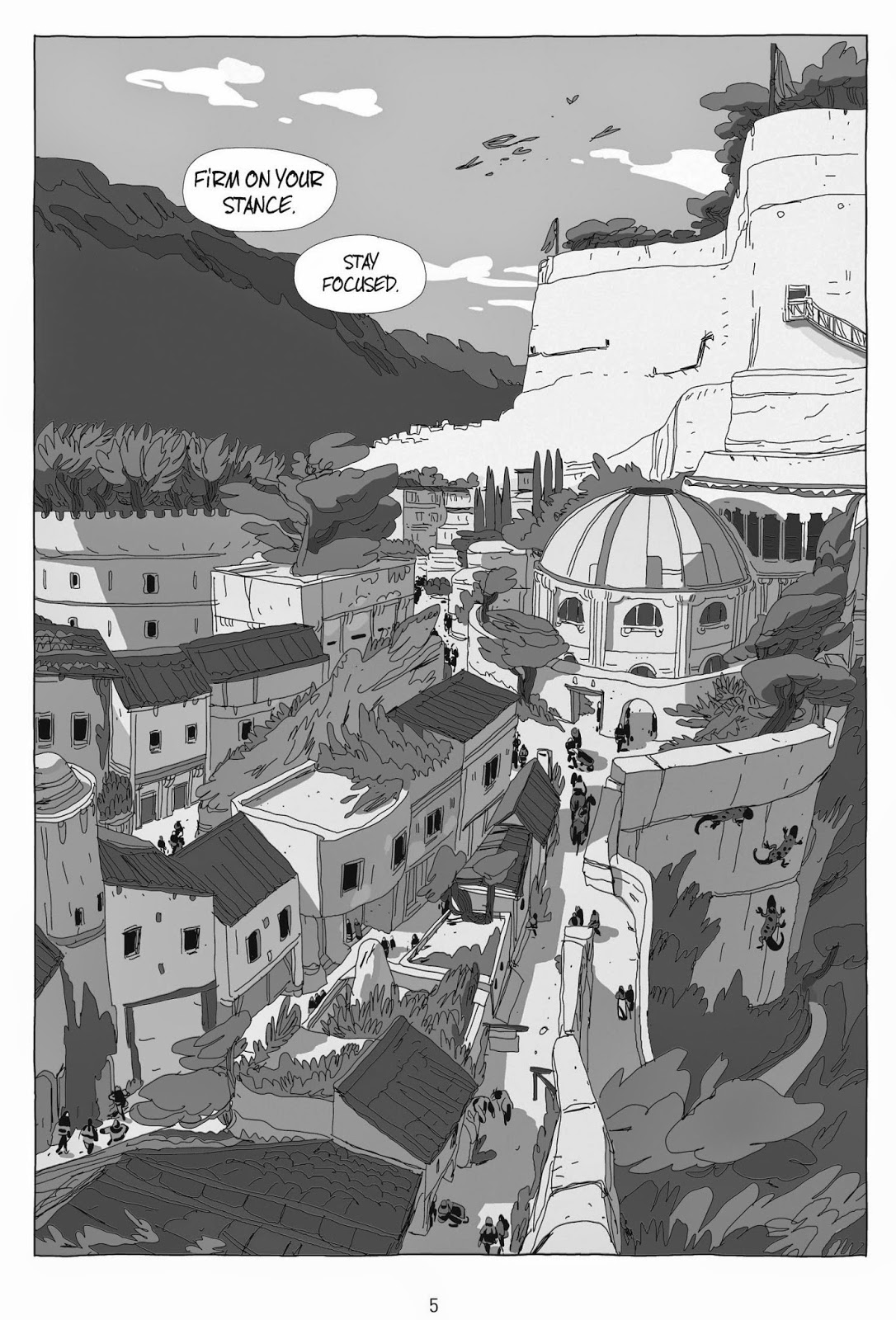 Balak: It 's typically where comics are so exciting/how to lay out a page, a pacing; how a succession of drawings that convey emotion, and to me if you are literally reading the drawings, without the help of words, you are achieving something really unique with this medium. Sometime comics can be over explanatory, the text don't allow the drawing to tell the story. But maybe it's because I'm french and I have mime DNA in my blood/ I don't know.

TFQ: What's it like to know that your work will reach a whole new audience of people now that it's being published in another language?

Balak: It's just plain awesome! Your main goal as artists is to reach out as most people as possible. But knowing that it s available in English is very special: we are children of the US culture, and Last Man is a reflection of that; we're very curious and excited to see how Americans readers will react to this.

Book one in the Last Man series comes out March 31st! Be sure to get your copy of Last Man: The Stranger.
Posted by The Frog Queen at 5:08 AM