Q&A with Gabriel Hardman on Kinski 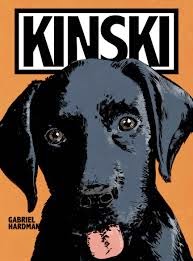 On the weekend I was lucky to get an advanced copy of Kinski by Gabriel Hardman. For the first time, Kinski is be collected into a trade paper released by Image Comics. This book tells the story of a businessman and his dog, except the dog isn't his and the businessman has lost his job.

I decided to contact Gabriel. He agreed to speak to me about the nature of the release and divulge a little bit about how he created this incredibly unique story. Here's what we discussed:

TFQ: Originally, Kinski came out as singles with Monkey Brain Comics, how did the decision to publish the trade with Image come about?

Gabriel: KINSKI is a personal project that I had been looking to finish for a long time and the digital first distribution that Monkeybrain offered seemed like the perfect way to get the story done and in front of people. I'm very positive about the idea of digitally distributing comics in issues then following it up with a print trade. If it were up to me, this is how comics distribution would work all the time...and maybe in the future it will. For the print collection, Image approached me and I was excited to work with them. The focus or creators and original content at Image is very much in sync with this project.

TFQ: What is the significance of the choice to name the dog Kinski? What does Klaus Kinski mean to you personally?

Gabriel: I'm generally not a fan of leaning on cultural reference points in stories but in this instance, it more a reference for who these characters are. The fact that these people know who Klaus Kinski is says something about them and it's a point of connection to other characters in the story. Since Klaus Kinski was insane, you could certainly assume that there's a bigger thematic significance to that. I'm personally a fan of the the films Kinski made with Herzog, especially Aguirre: The Wrath of God but he's not my favorite actor or anything. It just relates to the story. Everything comes back to story.

TFQ: This story has some of those moments that create conflicting emotions and morals. I was torn between wanting the best for the dog and hoping the main character could come to his senses. What inspired this story?

Gabriel: My whole intention with the book was to tell the story and let the reader make up their mind about Joe, the main character. He clearly makes bad decisions but from his perspective, he has good intentions. I'm not a fan of stories that tell you what to think. It's the job of the reader to engage with the story and meet me half way.

The spark of the story was finding a lost dog when I was traveling to a film festival a few years ago. Nothing happened in real life that's akin to KINSKI but the story came out of wondering what would happen if somebody found a dog and would go to any length to keep him. It's also  about being at a point in your life where you're unsatisfied. You're job is unrewarding, you're not where you thought you'd be. But instead of working to fix that, you put all your energy into something tangential. In this instance, Joe is focusing it all on the puppy.

TFQ: There's a special place in my heart for black and white comics. Why did you choose to illustrate the story this way? 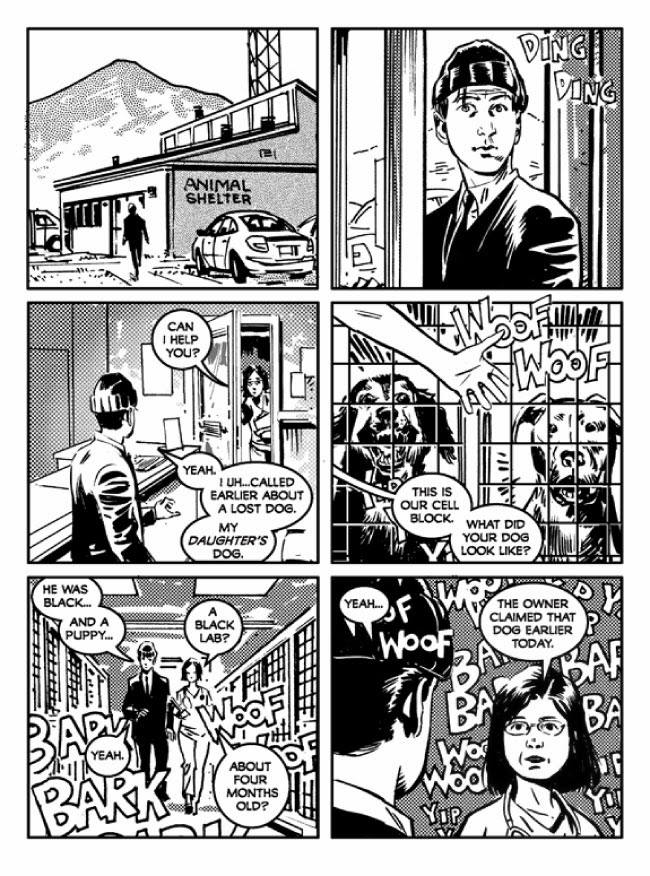 Gabriel: I wanted to tell this  ground level story in the simplest, most streamlined way possible, stripping away anything that was unnecessary. You can still a tell a story in comics without color so I kept it black and white. In a lot of ways KINSKI is like the comics equivalent of guerrilla filmmaking. I also have a fondness for the black and white comics of the 80's. that was a time when creators were really using the medium to express themselves. That may or may not have been the reality for them at the time but it felt that way to me as a kid reading those books. I wanted to bring some of that feeling to KINSKI.

You can get your copy of Kinsky from Image Comics this Wednesday, November 5th!
Posted by The Frog Queen at 9:31 AM