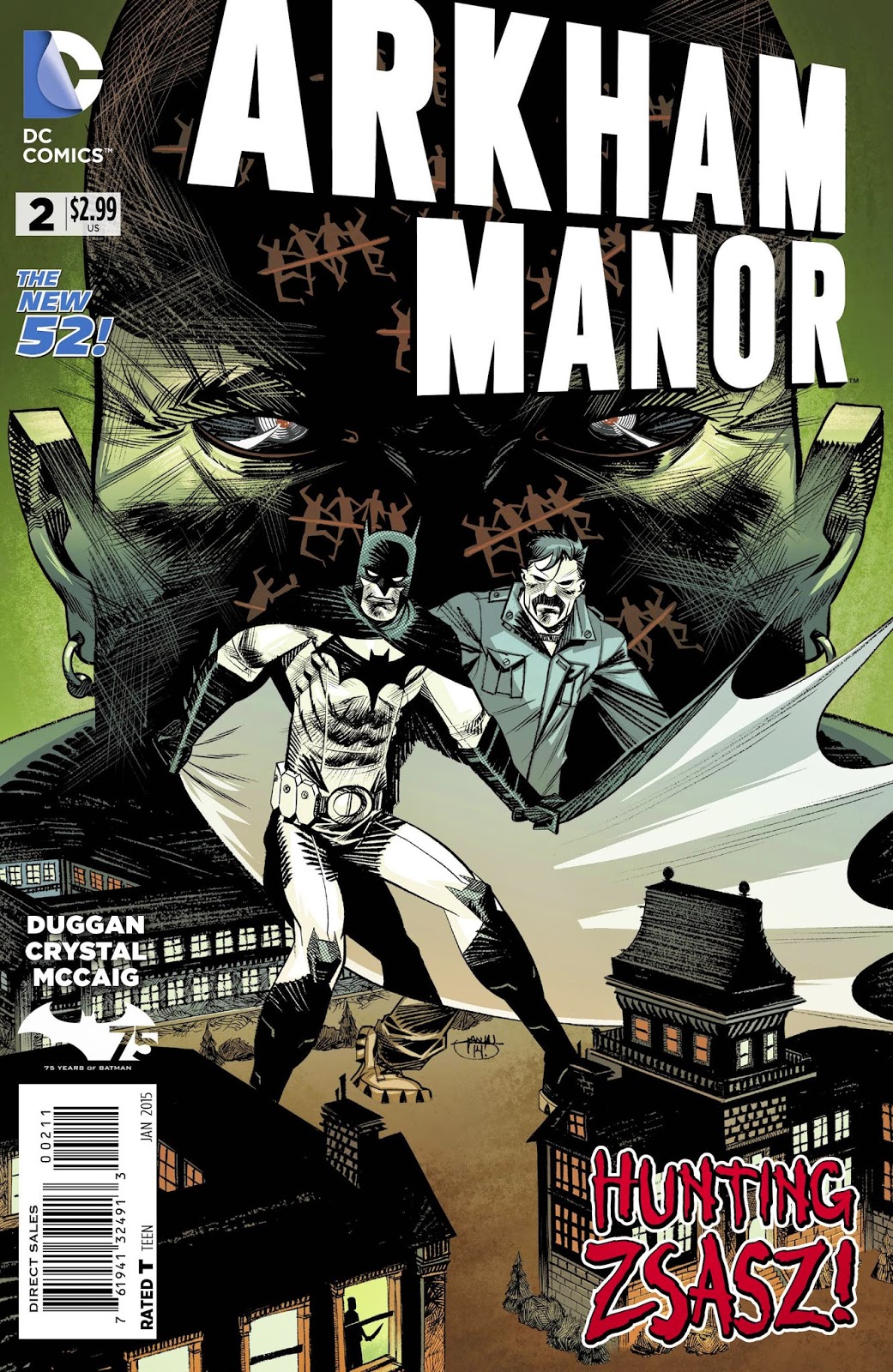 You must know by now that I haven't been terribly fond of the New 52. Despite this fact, I continue to pick up the odd series and give it a shot. What led me to grab issue 1 of Arkham Manor was purely the insanely (pun, pun) haunting covers of Shawn Crystal who also illustrates the series. Thank god. It also helped when I saw that Duggan was writing it. Again, thank god. There is finally something going on in the DC universe that I like. (You know besides Gotham Academy which I can't totally get behind because.. well it's YA and I feel it has very little to offer ME personally). That will be another article.

Arkham Manor incorporates the darkness I have always loved about Batman books. As Wayne Manor becomes home to the criminally insane of Gotham following a tragedy at Arkham, Batman goes undercover to catch a killer. Except you know they're all killers. Teehee. It just happens that once again the hunters are being hunted and a "who done it" begins. I find myself asking if Batman's new persona will be taken in for the crime. Framed again Batman?

We see familiar faces in the asylum. Mr Freeze being the most recognizable to me personally and also an old favorite. No Joker yet but there are reason...

Have you been angry and bored with the New 52? Are you just sad that some of your favorite characters *cough Constantine cough* were ripped from their amazingly written universe and thrusted into this ... sad excuse for a reboot? Then maybe this is for you. I needed something that reminded me what Batman is all about and damn it, I wanted more Arkham. I consider myself lucky that Crystal is the illustrator. May that not change.
Posted by The Frog Queen at 7:15 AM