Q&A with Antony Johnston about Book 1 of Umbral 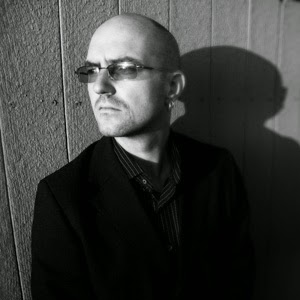 I know my last request for interview didn't go so well. It happened after I finished reading Warren Ellis' new single, but most often artists and writers are happy to answer a few questions about their work. Last Wednesdays marked the release of Umbral Book One : Out of the Shadows by Anthony Johnston. This book collects the first story arc of the exciting new fantasy series Umbral currently serialized by Image Comics.

Antony graciously agreed to answer a few questions I had regarding the book. In addition, stay tuned tomorrow for a full review of the book.

The Frog Queen: I had to read this book in one sitting. I became attached to the characters early on and wanted to know who would remain central and who would get axed. With the death of Arthir in the beginning, I was convinced you held no character sacred. How do you feel about terminating the existence of characters?

Antony: I'm all for it. And not just because of Eddard Stark's fate in A GAME OF THRONES; some of my favourite stories use unexpected character death as a strong method of jolting the audience. ALIEN, THE USUAL SUSPECTS, even LORD OF THE RINGS — whoever thought Boromir would kick the bucket so soon? It's a literary practice with a long tradition.

But more than that, I simply wanted to shake readers up, and make them realise this isn't the kind of book where a handsome young prince will learn to be a hero and save the girl. No, UMBRAL is a very different kind of story altogether.

The Frog Queen: I couldn't help but draw some similarities between Umbral and The Lord of The Rings. Was this deliberate? Knowing of course that the trilogy has influenced so much fantasy but there were certain points that stood out. The fact that Rascal wants to chuck the Occulus into the pit to destroy it. There is also the fact that the Occulus draws her into another dimension, the Umbral. There is also this issue of controlled magic. So few characters have control over magic and wizards are scarce.

Antony:I think it speaks to Tolkien's massive influence that more people haven't asked me about this, actually! I'm a huge LOTR fan, and would never deny his influence on my fantasy leanings (it's one of the reasons I was so excited to work on SHADOW OF MORDOR last year).

That said, apart from the tropes you mentioned, I'm trying not to imitate or emulate Tolkien, and in fact making an effort to veer away from things if it feels like they're getting too close to "standard" fantasy.

The Frog Queen: When I first began to read Umbral, I felt the book was taking on a young adult quality. Yet there is profanity and some nudity. Did you have any qualms about making the story more adult? Was it a conscious choice or did the story simply go in that direction?

Antony: No, it was always going to be that way. I've written YA fiction before, and I'll doubtless write more in the future, but UMBRAL was never destined for that audience — or at least, not deliberately.

I know when I was a teenager I read stuff full of profanity and nudity, so I'm sure an age rating won't stop anyone determined enough to read UMBRAL...!

The Frog Queen: So often there seems to be an odd "casting" if you, will between writer and illustrator where I feel the artwork does not fit the story. It's so refreshing to read Umbral and see such a tight fit. The coloring and movement in the panels reflects the story and this world. Can you tell us a bit about how you came to collaborate with Christopher Mitten?

Antony: I think there are two main reasons you're feeling that synergy. First, Chris and I have been working together for a long time, now — almost ten years, in fact. We've produced nearly 1,000 pages of comics together, which is pretty mindblowing. So we work together pretty well.

Second, UMBRAL was created specifically to tell a story full of the kind of things I know Chris loves to draw — grotesque monsters, strange creatures, odd people, and epic architecture. So he's having a lot of fun.

To find out more about Antony and his work, please visit his website: http://antonyjohnston.com

Visit your nearest comic book retailer to get your copy of Umbral Book One: Out of the Shadows.
Posted by The Frog Queen at 4:17 AM