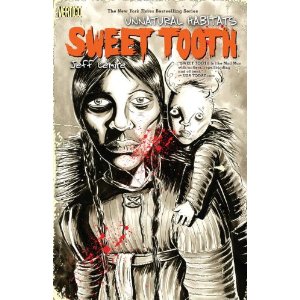 As usual, the female characters serve merely as a plot device for male characters to display their strength. I only hope that the little girl hybrid may be heroic in the end ... in some way. It's easy to overlook her heroism as it is so often over-shadowed by that of Gus and Jeppards' role. However, she is already quite heroic for being such a brave little girl. Does bravery in the face of danger make someone heroic? Even if they are unable to help themselves? I guess people would argue it does not make you heroic but I are argue that it does.
Posted by The Frog Queen at 11:32 AM