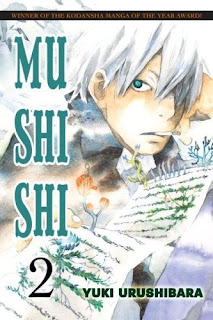 I did really like the last story arc of Mushi that actually imitate humanity. It reminds me of "the body snatchers" and a bit of the old Changeling folk tales from Ireland.
Posted by The Frog Queen at 4:01 PM