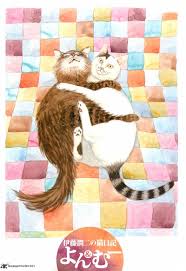 As a whole, the book can only be described as absolutely charming.
Posted by The Frog Queen at 5:02 AM