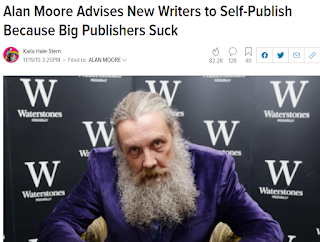 There's not EASY way to get your work published. You can spend money on agents, spend money on printing really lovely books, you can do crowdfunding/kickstarters, and yes some people will be successful but it's not without incredible hard work and tireless effort. My only advice is to start learning as much as you can about publishing, about the industry online and in the brick and mortar retail world. Education and talent... That's all that can really help you if you're some schmuck like me living in nowhere's ville Canada. But unlike me, you'll need to get rid of that fear of failure cause that's what will ultimate leave you at a stalemate. I'm still struggling with that bit. Cheers and good luck!
Posted by The Frog Queen at 6:48 AM