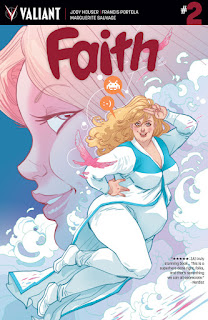 Despite this one criticism, I still find Faith to be an excellent read and hopefully will only improve with time. You can get your copy of Faith #2 next Wednesday, March 2nd.
Posted by The Frog Queen at 5:52 AM