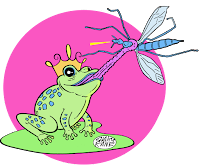 Posted by The Frog Queen at 5:14 AM No comments: 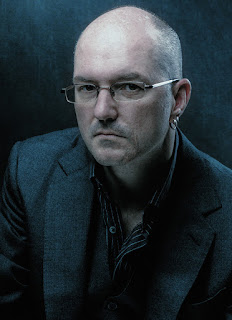 Today it's my pleasure to bring you my most recent interview with Antony Johnston, writer of The Coldest City, now the major motion picture Atomic Blonde. In this interview we also cover the upcoming Wasteland Compendium release and finally, a bit about his process. So enough from me check out the interview:

TFQ: Congrats on the new motion picture Atomic Blonde!  Can you tell me a little bit about how your book The Coldest City ended up being a major motion picture?000

THE COLDEST CITY was published by Oni Press, and while it was being developed they had a meeting with Charlize Theron’s production company, because she was looking for new projects. She liked the concept of the book, so Oni sent her the script to the graphic novel — Sam Hart was still drawing it at the time! — which she also liked, and negotiations began. Eventually, Denver & Delilah (Charlize’s production company) optioned it a few months before the book was published, in 2012.

That began a long journey to get a screenplay written, hire a director, get a budget, and so on, until we finally began filming at the end of 2015, just a few months after MAD MAX FURY ROAD had been such a hit. We were very lucky with the timing throughout.

TFQ: Did you originally ever picture the story as a movie and is it strange to see your work on film?

I never write comics or books with a movie in mind; I think that often results in a weaker book, so I always focus on making the best story I can within the medium in which I’m working. If it becomes a movie, that’s wonderful; if not, that's fine, and I know I didn’t compromise the book in any way.

It is a little surreal seeing a story I wrote, and characters Sam Hart and I created, up on the screen! But it’s also great, because Dave Leitch and the team did such a great job, and we’re both very happy with the movie. You can’t argue with Charlize Theron kicking ass.

TFQ: Will there be a sequel with The Coldest Winter?

I think everyone’s hoping we can make a sequel, for sure, but there’s nothing definite yet. It definitely won’t be based on COLDEST WINTER, though, as that’s a prequel focusing on David Perceval (James McAvoy's character).

TFQ: Do you find the release of the movie has attracted a new audience to graphic novels?

It seems so — I don’t have print numbers yet, but last week we were the #1 best-selling historical fiction graphic novel on kindle, and this week we’re at #6 for all graphic novels on iBooks. That suggests a lot of people are picking it up after seeing the movie, which is great.

TFQ: So the Wasteland Compendium Vol 1 was just released! How many volumes will be released in total? Is there any new content included in the new compendium?

The first WASTELAND COMPENDIUM contains the first 31 issues, so just over half of the series — the second Compendium will contain the remaining 29 issues, plus the “Walking the Dust” stories. There’s no brand-new content; it’s simply a more convenient method for people to collect and read the entire saga.

TFQ: I always like to ask creators a little about their process. Can you tell me a little bit about your writing process? How many stories are you working on at any given time? How do you get started when you have an idea? Are you the type of person who needs to rid themselves of all distraction, etc?

My process is mainly a case of me writing and re-writing stuff over and over again until I’m happy with it…! I wrote about it in a piece published in the “For Writers” section of my website, which goes into some detail. You can read it at http://antonyjohnston.com/forwriters/process.php

I like to work fairly distraction-free where possible (although it isn’t always possible…), but one thing I do like is to have music playing when I write, which makes me fairly unusual among writers. Dead silence is sometimes a bit stifling for me, so I’ll put something on in the background — normally some classical music, or something ambient, even a bit of post-metal drone. I can listen to that sort of music all day without being distracted.

Posted by The Frog Queen at 5:42 AM No comments:

Today I'm reviewing Rich Tommaso of Image Comics Spy Seal, She Wolf and Dark Corridor. Spy Seal is available at a comic book store near you on Wednesday, August 16th 2017.

Let us know in the comments what you think of this Frog Queen Article and don't forget to follow us on Twitter for the latest Previews, Reviews, News and Interviews!
Posted by The Frog Queen at 7:48 AM No comments:


The Dartmouth Comic Arts Festival takes place every year in Dartmouth, Nova Scotia. This is my Haul Video which highlights all the awesome new creators I met !
Posted by The Frog Queen at 11:27 AM No comments:

Posted by The Frog Queen at 5:38 AM No comments:

Posted by The Frog Queen at 8:17 AM No comments: