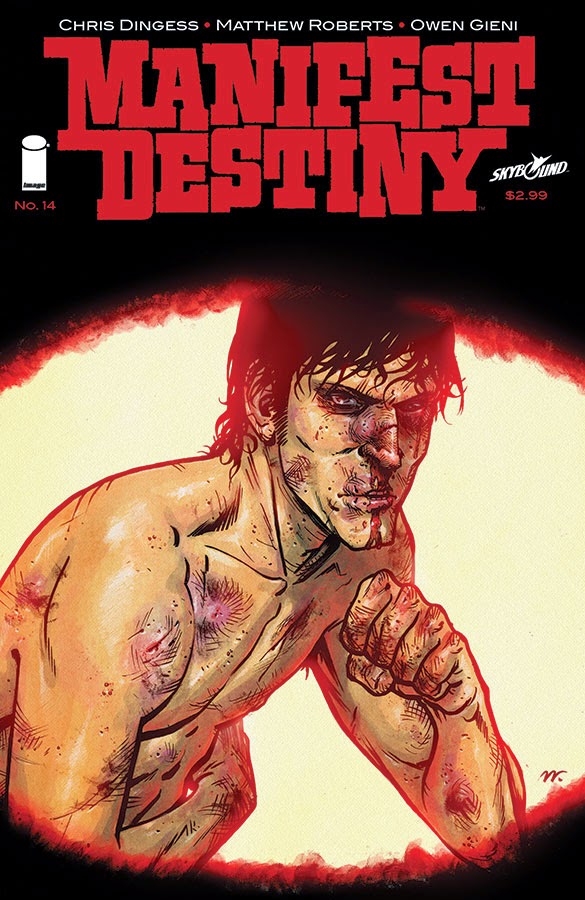 This is still one of my favorite on-going series. I never read an issue of Manifest Destiny and feel as though I've been cheated like I do with many current series. Enough happens in each issue to make the pick up of singles worth while and I'm always excited to see what the monster of the month will be.

It occurred to me, and others via facebook, that not a whole lot of people are reading this book and that makes me sad. There must be plenty of other people out there reading this, maybe it's just a bunch of people who I don't know. I had someone remark last night as I posted a pic of recent issue #14, that they had never heard of the series and couldn't understand why there would be monsters since it appeared to be a historical piece. He's not wrong but it's a historically based piece with monsters. Perhaps the genre classification is making it difficult for people to pick up the book?

I was glad to see at least one facebook friend who's been giving the series the attention it deserves. She says she always tells people about the buffalo centaurs, while I have always been quite taken with the giant frog beasts, naturally. Yet no matter where your taste runs in horrific magical creatures, there's something in it for you no doubt. The series has seen a wide array of monsters and creatures that devour, poison, and hypnotize to name a few. Giant mosquitoes, deadly fauna that turns people into fungal/plant zombies, and recently crazy bird-like creatures that rip people to shreds. Rest assured, I know there is a monster perfectly tailored to your own personal nightmare. I guess that means I have to ask you, why haven't you read Manifest Destiny?
Posted by The Frog Queen at 4:33 AM