Exclusive Interview with Djet on Poet Anderson: The Dream Walker!

If you are a child of the 90's like me, then you probably remember a band called Blink 182 and a man called Tom Delonge who sang in said band. Well in the last couple months Tom announced that he was leaving the band to explore other interests. One of those interests happen to be the world of comics. In 2014 Tom released a short film called Poet Anderson The Dream Walker and this April Magnetic Press will release the mini series is inspired the film. The three part mini series introduces Poet to the world of the dream and is beautifully illustrated by the talented Djet. I was so taken with the beauty of this world I wanted to talk to Djet and find out a little bit about his process. Keep in mind English is not Djet's first language and although I cleaned up the sentences slightly, I wanted to keep as much of his original sentiment as possible.


TFQ: Can you tell me a little bit about how you got involved with this project? What is it like working with Tom Delonge on his vision? 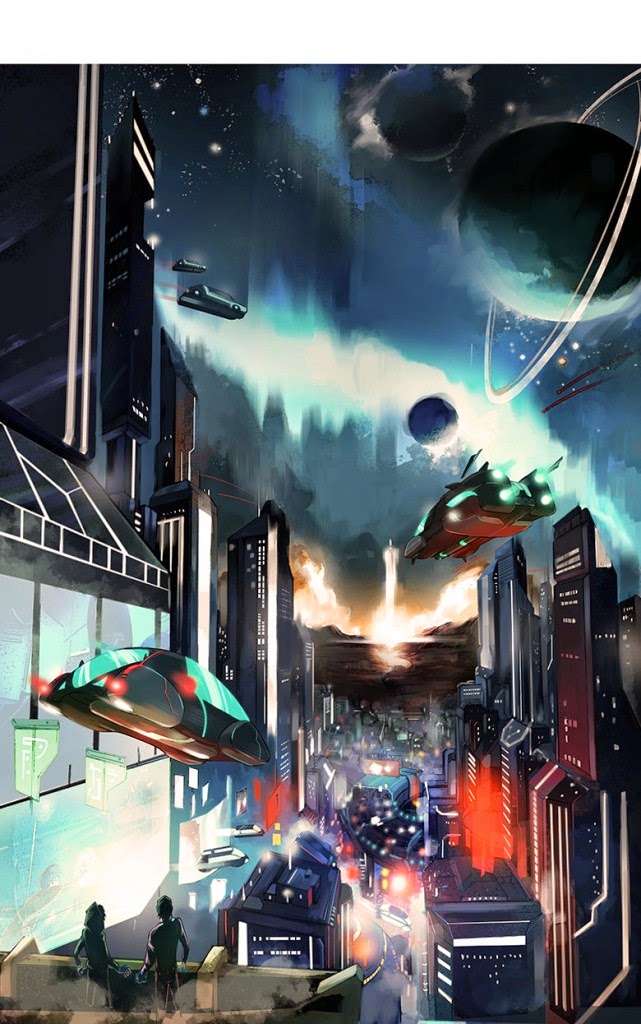 Djet: It happened through a phone call, when I was asked to work on the comic adaptation of the work of Tom Delonge. The implication is made for itself because I was immediately captivated by the history and the visual of the cartoon. I received guidance on the process for the comics by Tom and Ben, via my editor. Which was much easier to understand the ins and outs. The rest is up to the power of the pen. I have not much interaction with Tom, but they let me know if he likes my work (or not: D)

TFQ: How did you begin the character design. Did you have a clear vision what each of the characters would look like?


Djet: Apart from Poet and his alter ego, Jonah, I did not have an immediate vision of how to treat the characters. Because we set myself a story that is still different from what is done in the cartoon. It explores the first steps of Poet in the dream world and the first figures that accompany it. Ayo, for example is a complete creation in this universe. They gave me references and images to the design as seen in the comic. The difficulty was being able to recognize my style while maintaining the graphic Poet.

TFQ: Where did you find inspiration for the dreamworld in Poet?

Djet: The inspiration for the universe was already in place. I could not change it!!! Subsequently, I have a universe that is in line with the original work, with less of a dark side! So I could adapt easily to this dream world.

TFQ: Are there any other artists or books which contributed to how you developed this vibrant world? 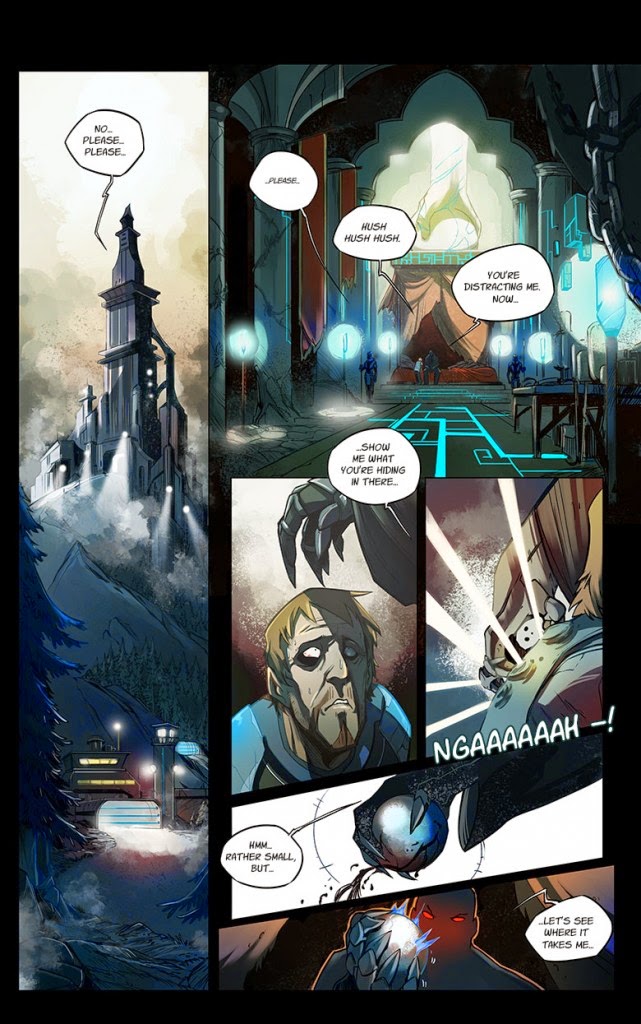 Djet: In the work that I love is where I find my inspiration in general and to the cinema with Terry Gilliam, The Imaginarium of Doctor Parnassus, or Baron Munchausen (my favorite), novels as the Windwalkers Alain Damasio, Neil Gaiman and recently the work of Sean Murphy. I also work with the « Cabs workshop », designers friends scattered over France. We communicate via internet and they give me the right advice when needed. They are a good source of inspiration and support for a work of this magnitude.

TFQ: What are the challenges you face when illustrating a book that also lives in animation?

Djet: There are so many challenges on a project like this. The biggest challenge is to make it as vibrant and dynamic as the animated version. For one, it must combined several ideas. It is a work more amusing elsewhere. I find it exciting to find the angle that can represent several ideas without any show (it will not always happen). Then make sure that will not be just a command. And finally, give the best, because I quickly stress on what people may think of my work, so I don’t want to regret it with half effort. It's not over yet !!
Posted by The Frog Queen at 4:40 AM