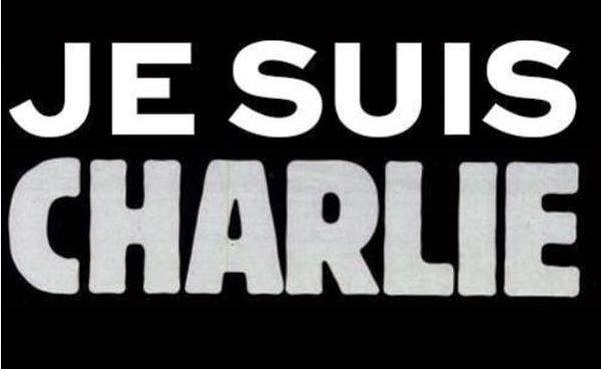 It is a very sad day for artists and free speech. Here's a news report for those who were unaware of the tragedy in Paris today.

Some amazing quotes circulating in response:

"At least one way of measuring the freedom of any society is the amount of comedy that is permitted, and clearly a healthy society permits more satirical comment than a repressive, so that if comedy is to function in some way as a safety release then it must obviously deal with these taboo areas. This is part of the responsibility we accord our licensed jesters, that nothing be excused the searching light of comedy. If anything can survive the probe of humour it is clearly of value, and conversely all groups who claim immunity from laughter are claiming special privileges which should not be granted."- Eric Idle

"All religions, arts and sciences are branches of the same tree. All these aspirations are directed toward ennobling man's life, lifting it from the sphere of mere physical existence and leading the individual towards freedom." -- Albert Einstein

"Religion, a medieval form of unreason, when combined with modern weaponry becomes a real threat to our freedoms. This religious totalitarianism has caused a deadly mutation in the heart of Islam and we see the tragic consequences in Paris today. I stand with Charlie Hebdo, as we all must, to defend the art of satire, which has always been a force for liberty and against tyranny, dishonesty and stupidity.‘Respect for religion’ has become a code phrase meaning ‘fear of religion’. Religions, like all other ideas, deserve criticism, satire, and, yes, our fearless disrespect." - Salman Rushdie