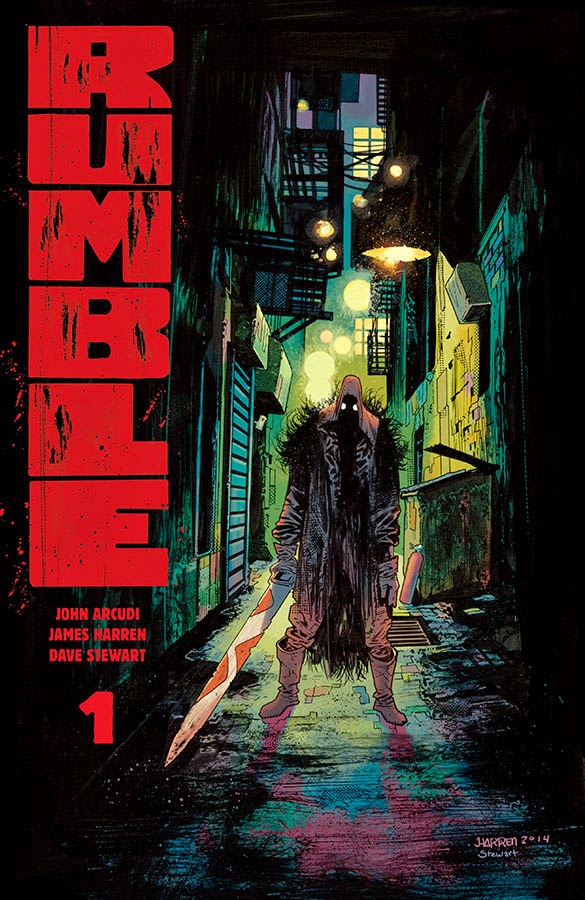 Image comics steadily publishes great comics. Is it any wonder that they have so many titles taking up the bulk of list entitle "Best of 2014"?! I've been checking out other bloggers and comic related news sites "Best of" lists for the New Year. I simply haven't put mine out yet (although constantly thinking and making notes) because I wanted to allow and consider any new comics that happen to appear in the remaining weeks. Rumble is an amazing comics that's illustrated in a way which appeals particularly to me personally. If I had put my Best of list out like everyone else, I wouldn't have got to consider this at all! I think it might be my new personal favorite. Written by John Arcudi who you probably know best from B.P.R.D and Hellboy: Weird Tales, this story is both comedic and strangely remarkably weird..

"Okay, so a scarecrow walks into a bar...and proceeds to wreak havoc across two worlds! After a long absence, Rathraq, Scarecrow Warrior God, is back—and very unhappy. Bad news for his old enemies, yes, but worse news for everybody else! JOHN ARCUDI and JAMES HARREN bring you a modern day action/adventure fantasy thriller where rundown dive bars, undead kitty cats, psycho skinheads, and giant mummies all play a part. It's Louis C.K. meets Robert E. Howard in a David Fincher universe." - Taken from Image Comics Website

Are you intrigued yet? And to amplify matters, this new ongoing series is illustrated by the talented James Harren who you also probably will recognize due to his work on B.P.R.D. This is the kind of stuff my dreams are made out of. Seriously, I dream about comics all the time. It happens when you read stacks of them daily. I'm just absolutely thrilled that this is ongoing. I really have no idea what this story is going to end up like but I'm going to read all of it. Rumble #1 hits the stands this Wednesday, Dec 17th! 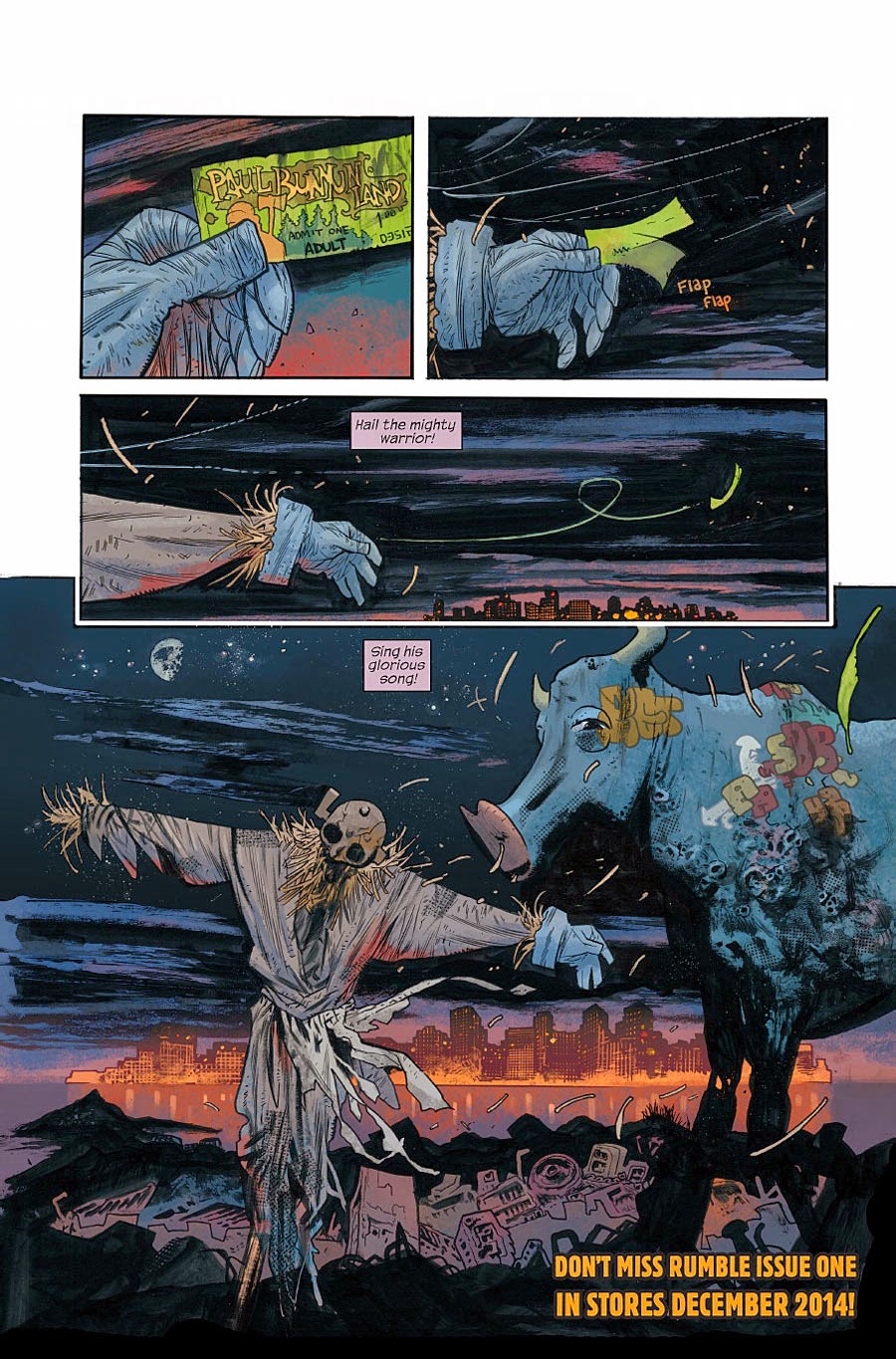 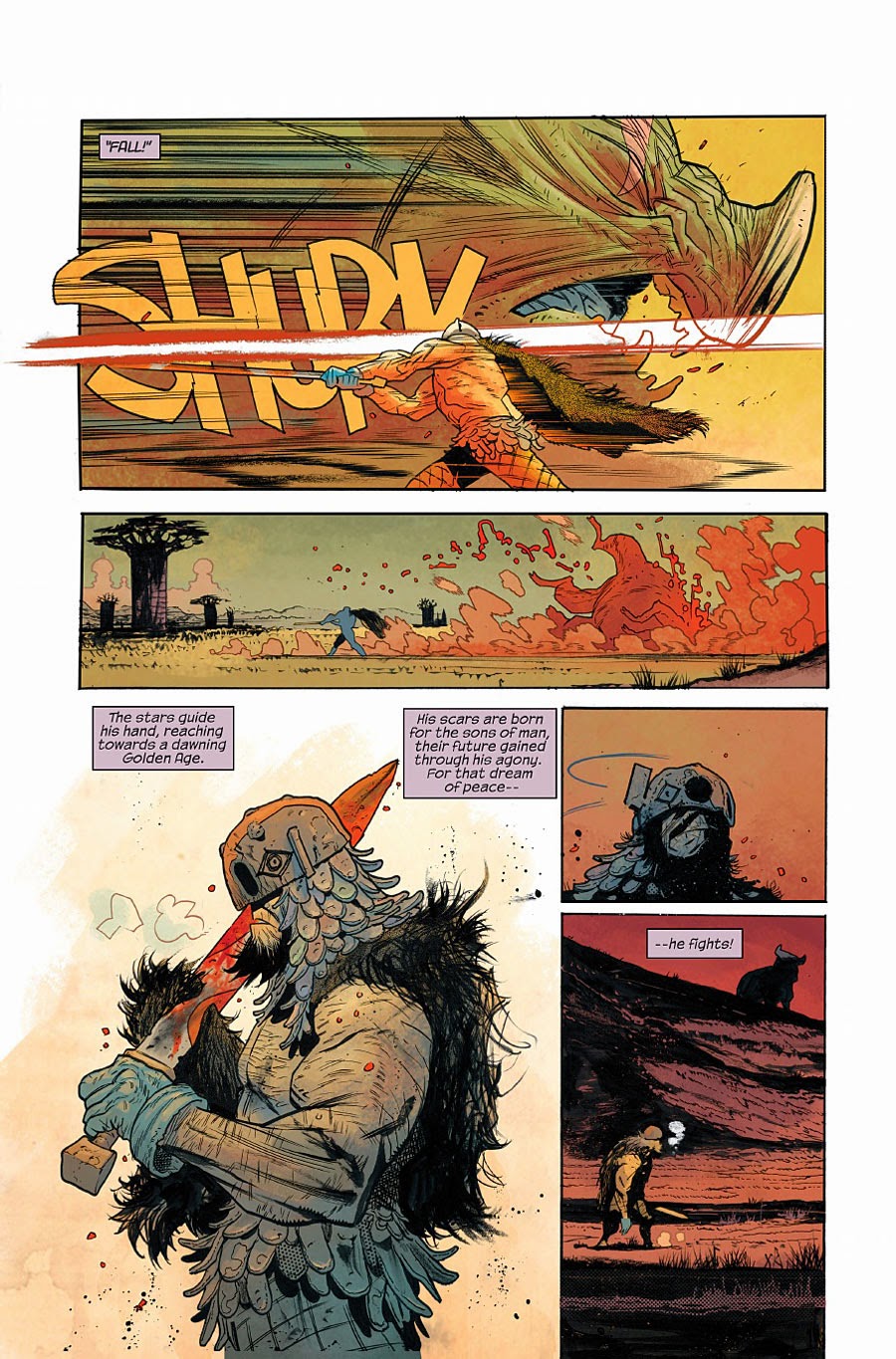