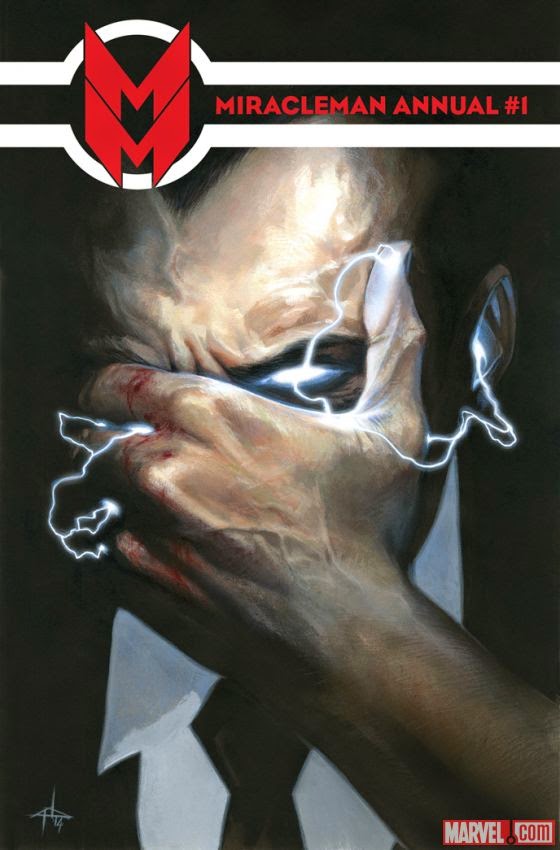 Well this is going to be a cheap week for me which is good because I spent a mint on xmas presents this year. So my wallet will be happy at least. There's only one issue that I'm really looking forward to and that's the All New Miracleman Annual #1. Did you see the line-up in this issue?? Grant Morrison, Joe Quesada, Peter Milligan and Mike Allred. I mean, are you salivating yet?  Marvel also claims that this is Morrison's long lost Miracleman story written over 20 years ago and never before printed.

There are two epic covers for this issue, I just might try to grab them both. That all depends of course on whether they are available to me. I think I've done my fair share of bitching on the subject of variant covers. You know, how some shops keep them aside and then sell them at inflated costs a week later? Yeah. I get it, a shops gotta make money but a frog queen's gotta get the covers she wants.

There's something to be said about customer appreciation and loyalty. You really don't want to know what I throw down a month on comics not to mention the manga, Humanoids hard backs and well, you know.. everything. It really shouldn't be too much to ask to get a lousy variant cover once in a while. Luckily for me there's very few artists who's variant covers I even want to collect so that makes it easier. Anyway rant end. That's what I'm grabbing this week. Save some cash for the new year!