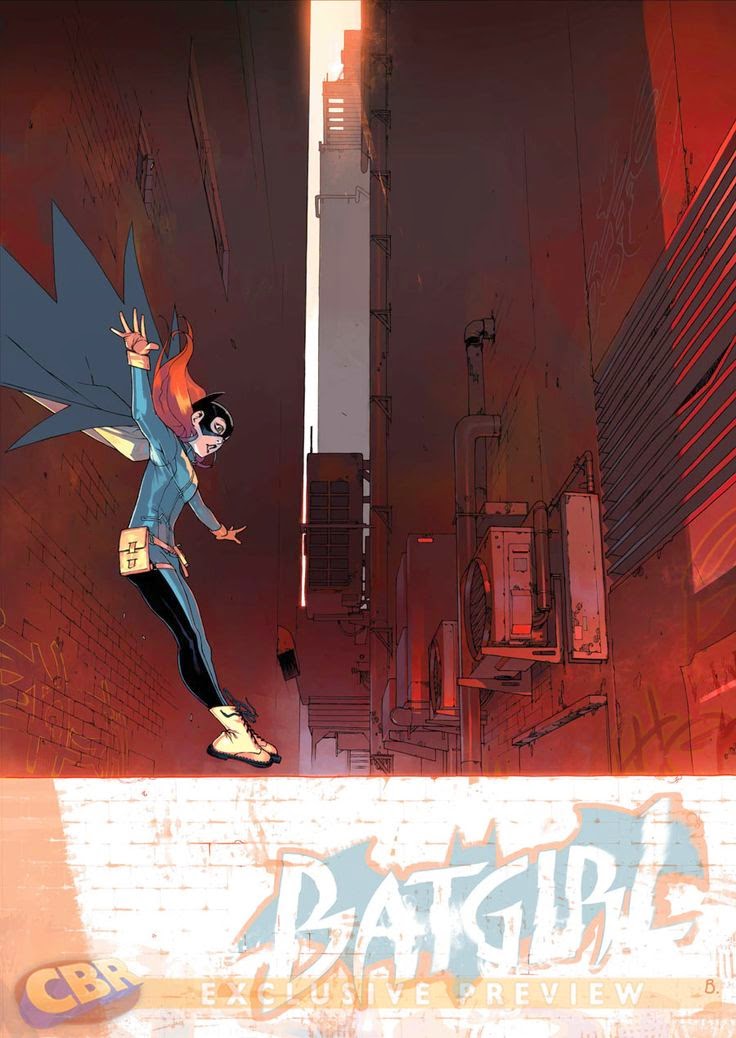 There are these amazing books. They were not even available in English or in North America when they were initially published. Magnetic Press made sure that the work of Bengal reached a wider audience. They have published the amazing books Naja, Meka and Luminae. Meanwhile Bengal has been creating beautiful work for the big two and more. Batgirl #37 will feature a cover by Bengal later this month and there's more on the way! I am a huge fan of Bengal's work. I had some questions, I wanted some details and here they are:

TFQ: Luminae will soon be released in North America by Mangetic Press. What's it like to know you are reaching an even larger audience and that there is such a significant demand for your work in other countries? 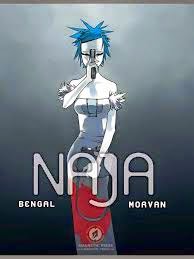 Bengal: That feels... encouraging I'd say! I believe I still struggle to find my readers. I don't reach many yet, and I've always wished to share my work with more people ; I know a part of this requires me to get better at what I do, but I'm also reassured, to some degree, to see that it also relies on expanding my work's reach. I truly hope new readers will forgive the weaknesses of the plot and the art and enjoy the flow, the energy I tried to render in Luminae.

TFQ: Luminae is the first story you have created set in a unique fantasy universe. How did you get the idea for this story? What inspired this world?

Bengal: I've been keeping a few ideas in a drawer for years, mostly 2 important ones ; one, a long and deep SF project is still in development and would require for me to be totally free from anything else to tackle (maybe someday), and the other was Luminae, that could fit exactly in the kind of format I was offered to work on at the time (meaning : 72 pages per volume instead of the usual 46 in France). I didn't get to develop it quite as much or as well as I was hoping, because of production pace obligations at the time, but I really wanted to draw that team of girls protecting one of the major essences of the world - I liked my idea, inspired as much by Lodoss War as by Dungeons & Dragons really, as well as its characters, and I knew where I was going with them, so... That's how I finally chose to present it to a publisher eventually!

TFQ: Can you tell me a bit about what you are currently working on and what we can look forward to?

Bengal: I'm now blessed enough to be in the loop with the big 2, for which I've produced a few covers & pages so far, and I hope to keep going for a while if they let me ; in France, I'm working on a Japanese medieval fantastic story written by David Chauvel, and I've signed a 4 volume story with writer Andoryss Mel narrating the adventures of a teenage girl trying to survive in a techno-fantastic kind of world. Both are very fun to do and I believe are really well written.
I'm also still waiting to get started on a nice project with an American writer, we've been planning things for almost a year now, but he's so busy, we didn't get going yet ; I hope to be able to unveil more soon, but it's all very exciting! 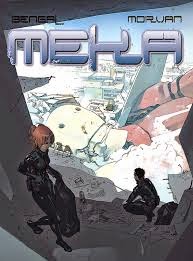 TFQ: Your work has been described as "the perfect amalgamation of European and Asian influence". From which artists or stories does that Asian influence come from?

Bengal: Well first, thanks to those who described it as such I guess hahah! It naturally came over time I believe. I'm a huge manga reader, I have a couple thousands at home, and I read almost any genre. One can easily tell it's where I got all my storytelling habits from, with the dynamic and composition in my pages. But I've alos been reading french BDs since I was a kid, my dad had hundreds. It remained and will always remain a strong influence, it helps me keep panels clean and steady in my pages, instead of having them all over the place.

And I guess it's natural my very art style got influenced by both as well. I could give a lot of names but I'd surely forget many that played a part in the development of my style, but to name a few from the top of my head, there'd be Hiroaki Samura, Kyoushirou Inoue, Tetsuro Ueyama (he does the BEST pages in the universe, period), Claire Wendling, Katsuya Terada, Hermann, Katsuhiro Otomo, Satoshi Kon, Koji Morimoto, Tatsuyuki Tanaka, the Capcom illustrators (Bengus, Akiman...), Hayao Miyazaki too, Kim Jung Gi more recently (he pushed me to provide MORE in my work, to detail more), I also appreciate Sean Gordon Murphy's work lately, as well as Olivier Coipel, I wish I had their ease to ink so well. Millions more but that's what came right away for today.

TFQ: This is my favorite question to ask artists: What is on your artistic bucket list? What kind of stories do you most want to create and who would you most like to work with?

Bengal: Well, I still deeply hope I get to contribute in any way to the spider-verse. Oh how I wish I had created Spider Gwen, it's such a cool character and design. I also dream of proposing a superman story to DC comics one day... But that will remain a dream I'm afraid.
I may be quoting soon "getting a cool new IP published in the US" off the bucket list tho if my current project with a 'secret' American writer happens next year. Fingers crossed.
I also wish one day I could design pinups for a toy brand, I'd love to see some of my girls become figures. Aaaaaaand well, ideally, I wish one day to see one of my projects developed and adapted into a movie or something. That would be quite an accomplishment.
Posted by The Frog Queen at 5:47 AM