This week appears to be pretty awesome for #1's. A couple new titles which includes the new Thor led by a female (OMG). There's a kick-ass Fiona Staples variant cover which I will be trying my best to pick up granted there are still copies when I get there. There's a new Lobo series! It promises to be blood soaked and shocking so I'm down. It's also an ongoing series which makes me happy.

Speaking of blood soaked there's new horror series in town from Top Cow. It will be delivered in four consecutive weeks through October. Cutter #1 comes out Wednesday and I'm liking the artwork delivered to you by Christian DiBari.

Of course from DC we have the new Gothic Academy which has been getting some decent press over the last week. I'll be lining up for the Becky Cloonan variant cover. 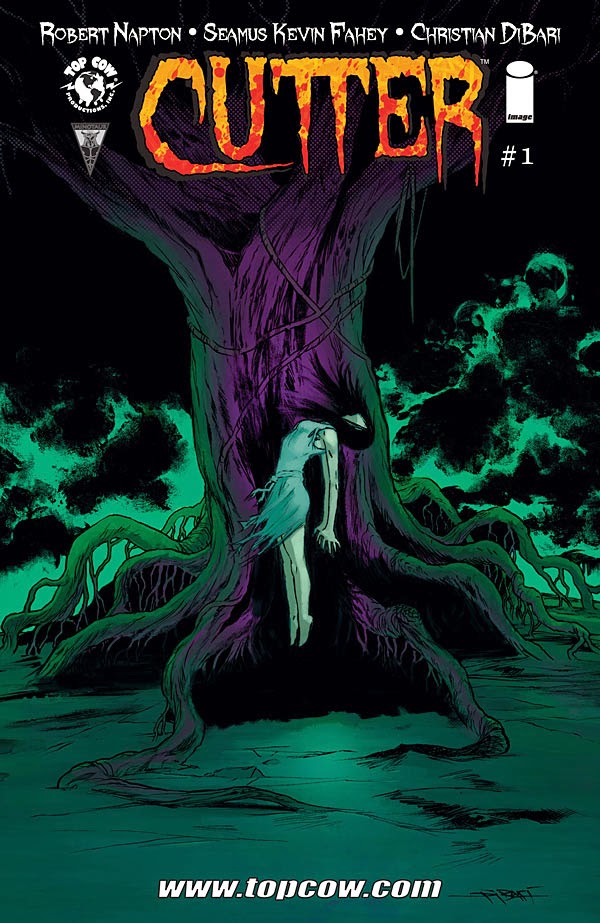 Then we've got some amazing returns. Names written by Peter Milligan (be hearts here) is shooting Fade Out 2 is getting most people excited but I'm a little sad there won't be a whole crazy series done in super magazine format.
out number 2 of the mini-series. That's a big title for me right now with Milligan writing the lead character who is also a bad-ass woman.

Retro pop art awesomeness returns in Nightworld #3! If you haven't checked out this series yet I suggest you order 1,2 and 3 right now because the last installment is next month with only 4 issues in the series.

Of course, I can't forget it's the new story arc of Silver Surfer starting with issue #6! You can read some secrets that Dan Slott told me right HERE.

That's about it for me! Don't forget issue 3 of Death of Wolverine!