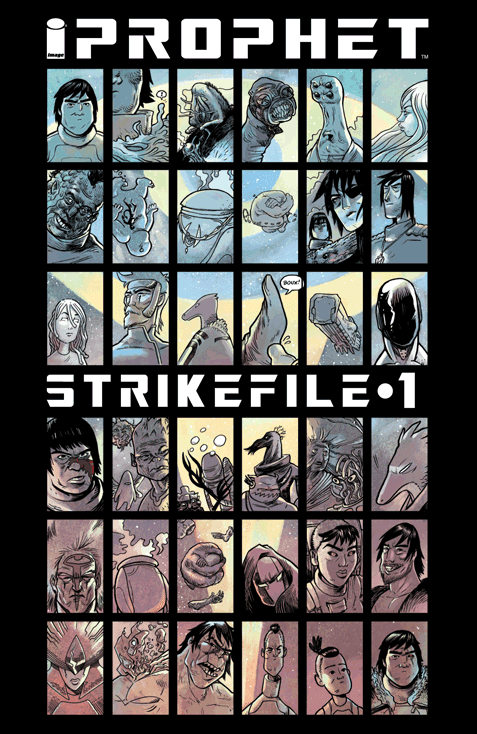 I have never properly gauged the popularity of Image series Prophet. I've been reading it for about two years now. (Let me check my memory hmm... yeah that sounds about right). I actually don't have any friends who read the series although people always comment on the covers and treat the title with some respect in conversations. However I'm mostly certainly alone when discussing the plot with anyone. I really appreciate that they finally did Strikefile. I needed some background and explanation on how the Earth Empire progressed to the present story. Graham and Roy gave me the insight required finally explaining how the Jon clones became and are varied.

This one shot is contributed by many different people but as usually is mainly written by Brandon Graham and Simon Roy who so flawless work together. I find it nearly impossible to separate their writing in the series. I was trying to figure out if this was a one-shot or a new series. It does appear to be a one-shot although no one is calling it that and then I saw that Image has plans to release Strikefile 2. It will continue the who's-who of this strange universe October 22nd.