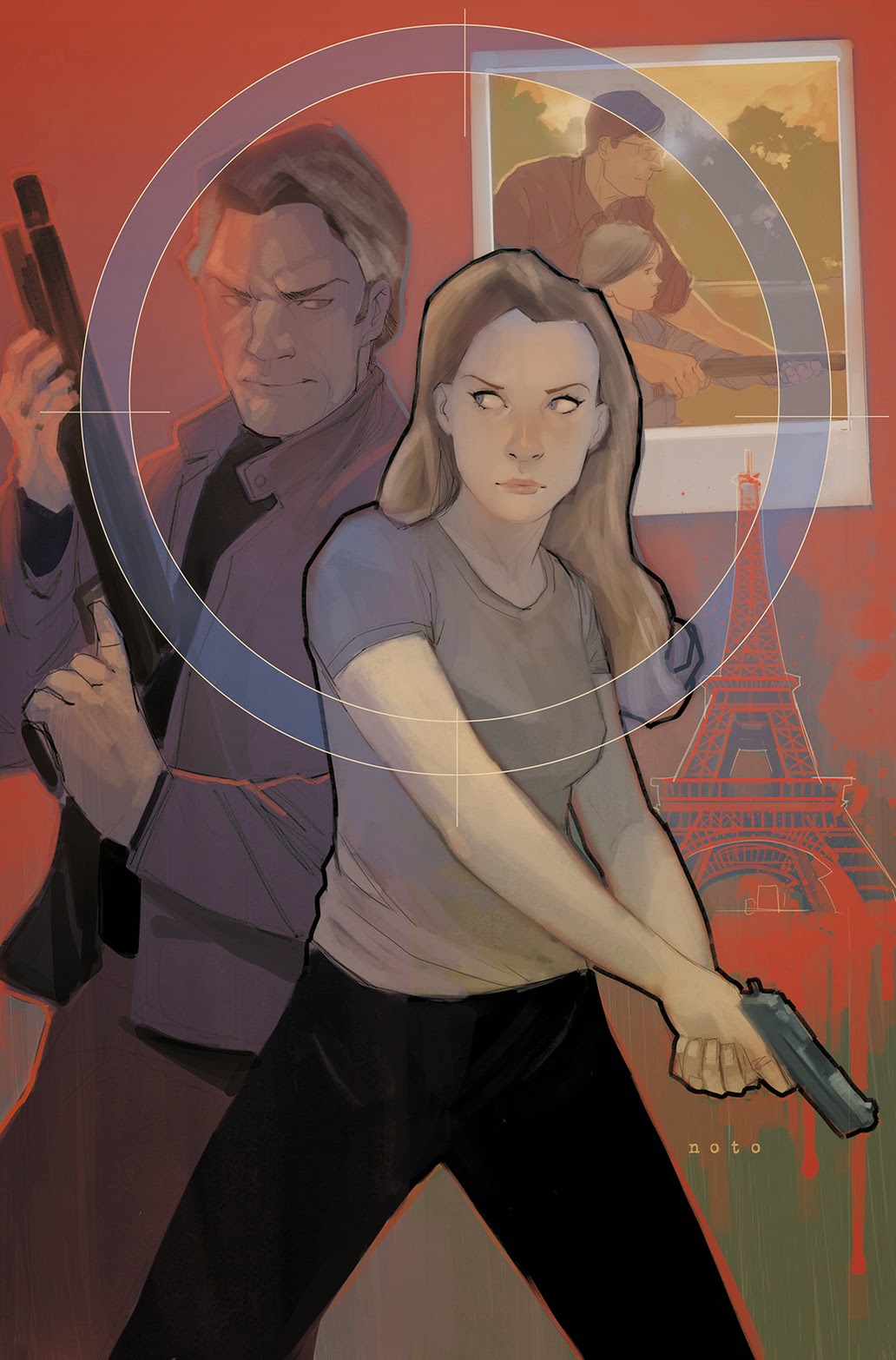 Out of all my new releases from this week, I read this one first. It wasn't on my list of things to grab but after flipping through it I decided I really liked the artwork.Although CBR says that this 4 part mini series is produced by Boom Studios, it's actually published by Archaia which was acquired by Boom in Spring 2013. However, Archaia is still present on the cover and so I think it's important to make this distinction. They are different teams of people and the good people of Archaia deserve their recognition.

Any who, Butterfly is beautifully written. It begins with an ominous atmosphere caused by this very minimalist approach to the script and narration. The deeper you get into the floppy, the more intricate the story becomes. I was drawn to the book because of the art initially however there is one thing that erks me. When you get about half way through the issue there is this strange re-occurring image that appears in the panels. It took me a while to figure out what it was. OMG it's just breath. Literally that was the artists interpretation of breath on cold air. That kinda pissed me off honestly. It bugged me that I had to even think about it. So although I was loving the artwork, this kinda felt annoying to me. It's in more than just these panels but I just took a couple shots.

I am very excited to see the next issue. Despite the whole breath problem which is probably just more my grudge than an actual problem, the story is quite lovely. I've never been a fan of special agent stories or assassins but this is intriguing to me.
Posted by The Frog Queen at 4:16 AM